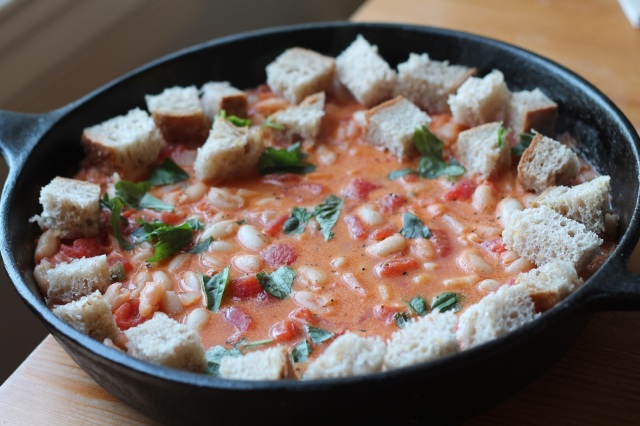 2016 has been a strange year so far: a blizzard, a tornado watch, the rise of Trump, the death of my  computer, a wedding! I keep thinking that I’ve finally found my footing, that a return to normalcy is nigh, but then I somehow end up tripping over my own two feet in snow that resembles an overly thick split-pea soup (metaphors aside, this really happened). Maybe all this simply means is that 2016 will be the Year of Fits and Starts. I do, after all, recognize that life here in Delaware is nothing but temporary, a stepping stone on the way to permanence (in the form of the Greek’s dream of that elusive tenure-track position).
But I also suspect that part of the strangeness of this (now new-ish) year stems from the fact that our 2015, a year that I had deemed the Year of Choosing Simple, was both interrupted and complicated by the anticipation of, the planning for, and finally the very act and aftermath of moving. Moving is not only the antithesis of simplicity, but it’s also an open invitation to fantasize: who will I be in this new place? What opportunities await me in this new life? In my own way, I succumbed to this Chekhovian illusion of the better life beyond, thinking that this, Delaware, would maybe my chance to start a business, to finally forge a new (and satisfyingly self-directed) career of sorts. But reality has a way of catching up with illusions and, the more I thought about it, the time just didn’t seem right for this kind of project, particularly as the business that I am interested in creating requires rooting yourself to a place and a customer base. Of course, it could still be a good testing ground for a future project, but there is also the small matter of weddings, both near and far, to attend to in this crazy, crazy year. 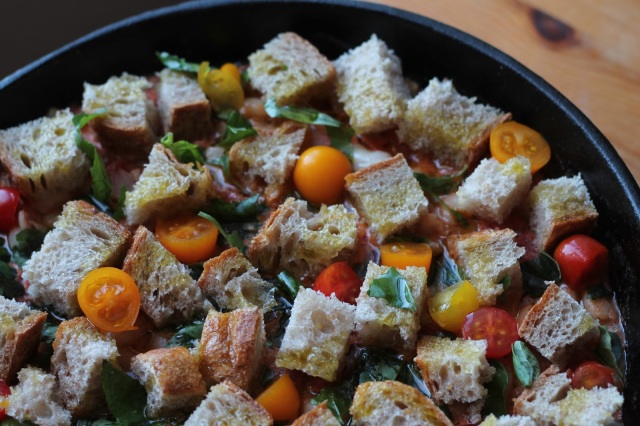 While this may seem like the trappings of a bittersweet story, it is actually an exercise in both realism and pragmatism (two “isms” that I wish we saw more of these days), as well as a liberation of sorts. One of the advantages of not being rooted down, of living a Year of Fits and Starts, is that it allows for a certain degree of boldness and adventurousness. Back in January, I started a pottery class and am now happily learning about different kinds of glaze, glass frits and clay. I bought a plane ticket to Hong Kong for late March and look forward to stuffing myself with all kinds of dumplings in the very near future. I read Great Expectations and named my new laptop Estella in honor of how much I enjoyed it (Biddy, though the superior character in every way, simply wouldn’t have done for a computer’s name; why Dickens had to award virtuous and kind female characters with the worst possible names indicates that he couldn’t have cherished those qualities very much). In February, I undertook the task of making myself a better bread baker and have been making a different loaf every week: Italian herb, Pullman (or pain au lait), Persian flatbread. Next up, Pie Baking 101, in which I finally master the art of rolling out crust (clay, you see, is not so different from dough, so my courage has been bolstered) and eat lots and lots of spring fruit. These are small things really, but there is something to be said for the challenges one sets for oneself and accomplishes. If nothing else, it reminds you that you have control over your time and the shape of your day and that, ultimately, so much more is possible than you may have imagined. Or that what you initially see as Fits and Starts may just be another way of saying Small Adventures. 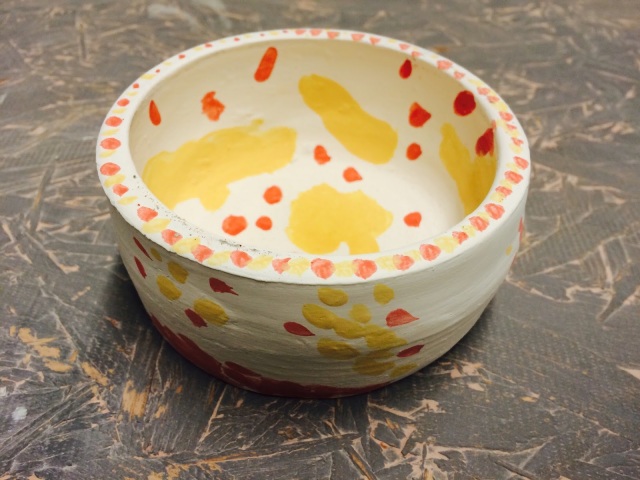 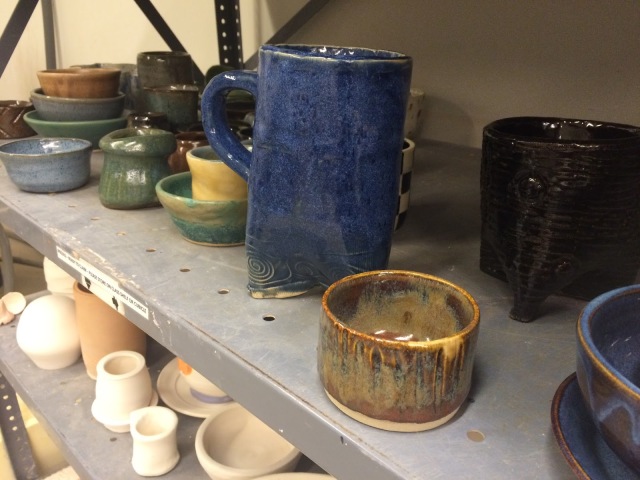 Though I can’t help but see the daily act of preparing dinner as its own small adventure, the recipe that I am sharing with you today is actually more of a throwback to last year’s yearly slogan of choosing simple. The recipe, a Tomato and Coconut Cassoulet, hails from Anna Jones’ A Modern Way to Eat (some of you may know Anna from her work with Jamie [Oliver] Magazine; for those of you who don’t, she is the Heidi Swanson of British cookery: a blonde vegetarian who focuses on healthful cooking), which was my favorite cookbook, hands down, of 2015. Just as I’ve done with other past favorites (Purple Citrus, Sweet Perfume, Vegetable Literacy, Smashing Plates), I cooked from this book extensively, making recipes from almost every chapter and finding them all to be balanced, flavorful and inviting (the only recipe that gave me trouble was the one for the salted caramel crack brownies, but I have the suspicion that this stemmed from my impatience, rather than a fault with the recipe. In any case, nobody complained about overly gooey and caramel-y brownies). That said, I don’t entirely know if I entirely buy the book’s premise, that what she is offering us is a uniquely new and modern way of eating:
[…] in this book I have tried to bring together a type of food where clean and healthy meets delicious, where sustainable meets affordable, where quick and easy meets hearty. These recipes will make you and the planet healthier; they will make you richer and won’t mean you need to spend hours in the kitchen. This is a new way of eating, the way I eat, the way my friends want to eat and, I believe, how we will all move towards eating in the future.
While I can’t help but question the overall premise, I will nevertheless say that she does a fantastic job of offering fun and quirky vegetarian dishes: Mushroom and Parsnip Rosti pie, Beetroot curry with cottage cheese, Popcorn tacos and the cassoulet that I so love, which is hearty and rich, but not at all cloying. It combines things that I usually like to avoid mixing together–namely olive oil and coconut milk; in my opinion, though we live in a world of exports, imports and international commerce, olive oil has no place in the the Asian or Asian-inspired kitchen–but that, as I discovered, combine surprisingly well, definitely better than expected. Though this cassoulet is summer recipe that calls for cherry tomatoes and lots of basil, Jones offers substitutions for a winter version in the headnote: canned tomatoes and thyme. This, in fact, is one of the things I like most about the book; it invites creativity. To help things along, interspersed throughout the book are charts devoted to variations for both beginners and those in need of inspiration: “One soup, 1000 variations,” “How to Make a Great Salad” and “Roasted Roots,” among many others. This may also be why I’ve never quite made the cassoulet recipe as Jones has written it, opting instead to substitute cannellini beans for navy, red pepper flakes for a fresh red chili, or, in my most recent winter recreation of it, sun-dried tomatoes for cherry. But no matter which way I go, the recipe always turns out just as promised: a fast and easy dinner that satisfies and disappears quickly. It may even, and this is no small order, be the dish that turned me into a bean lover. 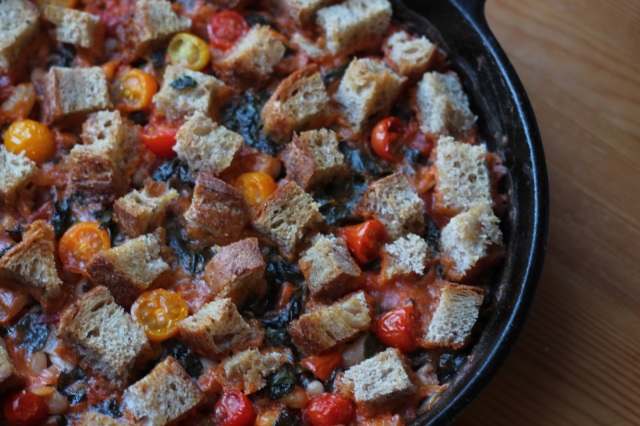 Adapted from Anna Jones’ A Modern Way to Eat
Serves 4

Using an overproof pan (I prefer my large cast-iron skillet), heat a tablespoon of olive oil over medium heat. Add the leeks, garlic, chili or red pepper flakes, ginger and a pinch of salt and pepper, then lower the heat. Stirring often, cook for 8-10 minutes, or until the leek has softened and started to turn golden.

Add the tomatoes, the coconut milk and beans and let simmer for a few minutes. Remove from the heat. Taste and adjust the seasoning.

Scatter the cherry or sun-dried tomatoes over the beans and tomatoes, then add the basil or thyme. Place the bread in the gaps between the tomatoes; when done, the top layer of the dish should be a combination of fresh herb, torn bread and fresh or sun-dried tomatoes. Drizzle liberally with olive oil and place in the oven for 30 minutes, or until the bread has become crisp and golden.