Every week, by the time Friday rolls around, I itch to get out of the house. I realize this may sound a little dramatic, especially because I am a self-described (and proud) homebody, but when you combine the cabin fever of winter with the reality of rolling out of bed in your pajamas and, within 5-10 minutes, of connecting to the office via laptop, it simply adds up to too much time at home–and most definitely too much time spent in the company of technology. Ultimately maybe this all means that, on paper, I would fail the homebody test, but it is also more than likely that I can only truly relish the home when I need it to be my refuge from the outside world. Whatever it is, it’s strange to find yourself on the other side of a problem you long thought you knew the answer to.
The weekends, given my work schedule, offer the best chance for the kind of escape, the pure mobility, that I find myself craving. That is, as long as the weather cooperates, which this weekend it has not done at all (high of 18 F, feels like 1 F; low of 0 F, #brrrr). After nine years in California, I’ll admit that I became more than a little spoiled, having forgotten that February was neither a time for frolicking, nor for jubilantly exclaiming that spring has arrived (yes, social media, I’m looking at you and all of your talk of sunshine and 70 F weather and blooming magnolias, #cali). But we here on the east coast manage; we make the most of the less frigid moments that Mother Nature sees fit to bestow upon our pasty, vitamin-D deprived souls. Last weekend, for example, the weather was reasonably obliging, and the Greek and I, during our weekly trip to pick up the vegetable box at the farm, decided to stop at the Wilmington Riverfront for a walk and for a lunch of fresh fish. I must have sensed adventure was in the air because I had taken my camera with me and was able to snap some photos of the famous Riverfront birdhouses. 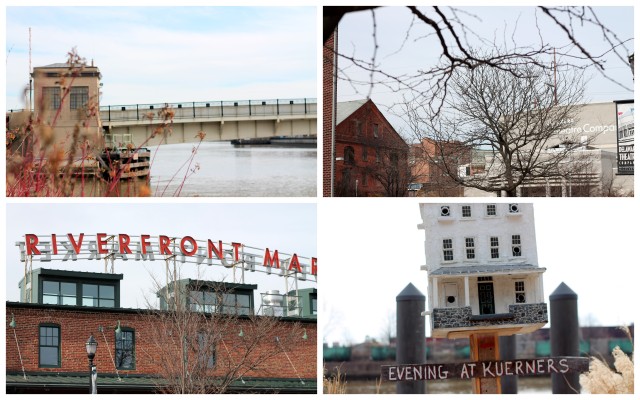 Although my weekend philosophy is to embrace all Delaware has to offer, the Greek’s can be a little more lab oriented, at least sometimes. Last weekend was one of these times, but even with that being the case, we did try our hardest to visit a Delaware landmark last weekend: first, Nemours Mansion and Garden, then, Winterthur Museum, Garden and Library. As luck, or our luck anyway, would have it, both were closed until spring (again, not February). While disappointed, I decided that I could always make the best of a walk around the University of Delaware campus, which really is one of those classically beautiful east coast campuses, replete with red brick, pine trees and history (as with most things in Delaware, DuPont history).

It’s a walk I’ve taken more than once, but I never grow tired of it. Even in the middle of the semester, it’s an idyllic campus, but with classes not even in session yet and the wind blowing around me, it was almost empty. With my camera in hand, it was mine for the taking, and I was energized by different things along the way, from the play of light and shadows (the photo above is a sketch of a photograph of the University Commons) to the faint traces of Blizzard Jonas. 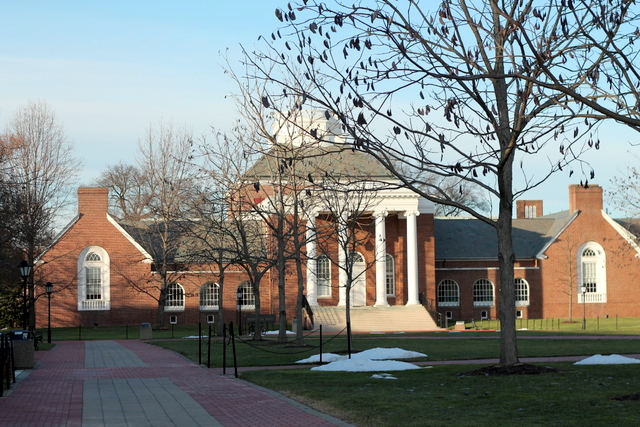 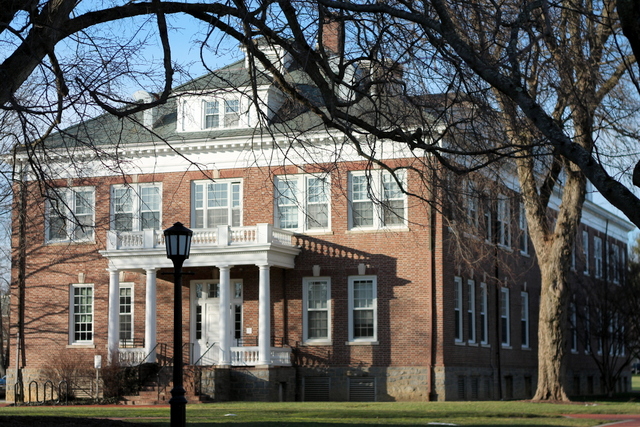 All in all, I was out there for only an hour, snapping and walking, like a modern flaneur. But it was enough to sustain me, at least for another week. Then it was back to reality, home and, I won’t lie, the welcome blast of the heater…And, I suppose, the vicarious living we all do through the internet and the never-ending news cycle. If nothing else, it does give me (and all of us) something to chew on during the week, so without further ado, the first installment of food for thought in 2016:

I recently found myself looking at some of my old photos from our trip to Turkey. This, combined with Melissa Clark’s article about Turkish sweets, got me into the kitchen to make kazandibi, “bottom-of-the-pot” pudding, or upside-down creme brûlée. It was fantastic–as good as the one I remember having in Greece. Clark had based her recipe on one by Engin Akin, an expert on Turkish and Ottoman cuisine who believes that “a dish has a history.” You can see this belief at work in her recipe for a radish salad that was featured on Food52.

On another Turkish note, I finally renewed my subscription to The New Yorker and I was so glad that I had. The first issue we got in the mail had the article by Elif Batuman on her experiences wearing a headscarf in Turkey, which became the basis for a larger meditation on freedom and religion, as well as review of the recent French novel, Submission (with a mention of Huysmans, a figure from my dissertation days!). The line that most stood out to me: “Nobody has everything; everyone is trading certain things for others.”

The difficulty of writing, from Dickens to George R.R. Martin.

The many narratives of anorexia.

I can’t say I’m a fan of Martin Shkreli, but I did find this article suggesting that we’re all missing the point about what he’s doing to be quite provocative. Now if only somebody would take the airlines to task.

After several friends told me I would probably love Madam Secretary, I finally gave it a chance and discovered they were right: although it can be a little too neat (it’s no Good Wife, may she soon rest in peace), it’s intelligent and witty. Even better, it features a heroine somewhat unique to our times: “Unlike so many of her American power-female counterparts, Elizabeth doesn’t scream, she doesn’t cry, doesn’t have secret sex with the president, gobble down little pills, barf up her lunch or attempt to sexually intimidate via sheath dress.” That alone is reason enough to watch.

On the subject of women in politics and power, a look into the Clinton System.

Inspired by the pottery class I’m currently taking, I have become obsessed with the idea of making embossed pasta.

In today’s world, everybody is writing cookbooks, from Freddie Prinz Jr. to Chrissy Teigen (let’s also not forget about all of the bloggers, food historians, restaurateurs and celebrity chefs out there, too), so why shouldn’t Tolstoy, though I doubt he ever cooked a day in his life, have one too?

The state of special education in this country.

After getting sick with the flu in 2011, I have faithfully, despite having a remarkable fear of needles, gotten my flu shot every year since. It’s important, and you should get yours too; here’s why.

For the Zoolander fan in all of us.

On cooking with alcohol: while I don’t always love Tamar Adler’s articles and recipes in The New York Times Magazine (it’s a question of tone for me), we made this one and really enjoyed it. That said, the Greek, who was in charge of this dinner, decided to go against the advice in the article and went wild with the alcohol, adding a mixture of red and white wine, brandy and even a splash of tsipouro. And you know what, it was excellent.

Santorum is the “worst friend in the world” and other political shockers.

The evil in the world is astounding (to be fair, I’ve been watching a lot of Luther lately and live in constant fear of Luther-inspired copycat killers knocking on my door), although I also can’t help but think that Roger Cohen is right: it’s not that the world is more dangerous today than it was 30 years ago; it’s simply that “fear is a much-trafficked commodity” (i.e. what happens to you if you watch the superbly acted, but incredibly horrific Luther, especially when you are in the house and alone.)

The (scary, but clever) secrets of food photography.

I absolutely love the sound of this panettone, but I’m personally not convinced that anybody should ever spend $50 on panettone.

I was trying to find a Molly Yeh recipe with za’atar about three weeks ago and, for some reason, my Google results included an article in the Huffington Post: “The Life of This Food Blogger Will Make You Reconsider Your Day Job.” While I think some of Yeh’s recipes are inspired (zhough ristotto with tomatoes and za’atar? Za’atar and Labneh breakfast panzanella?) and her photography is gorgeous, I think that the Huffington Post has got it all wrong; anybody whose livelihood depends on the fickle nature of Twitter followers should not be envied, but pitied. It should, however, be noted that I am both terribly old-fashioned and not all that social media savvy.

Hipster backlash and the general absurdity of food media (the whole tone of this article is why I have been done with Bon Appetit since early 2015).  Call me the village curmudgeon, but, at the end of the day, it’s just FOOD, people. Everybody has to eat.

Back soon with a recipe–it would have been posted already, but my Apple computer of almost 7 years is on its last legs. I don’t even want to think about how many times it froze on me while writing this post. It’s a good thing the Greek and I are now married because I think I’ll be using his laptop a lot until I can figure out what I’m going to do about my computer. 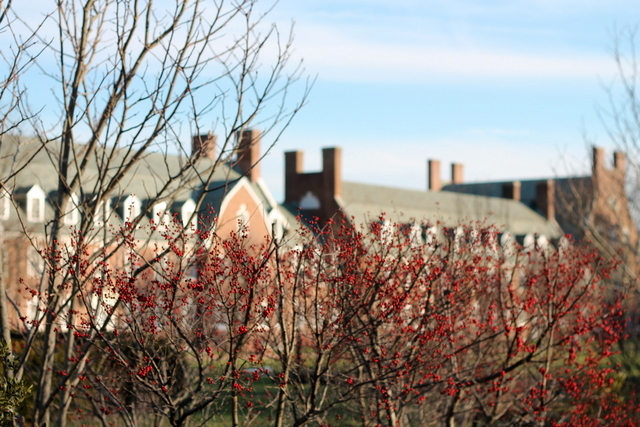