At midnight on all the other New Years her mother would usually get out some really nice paper, the kind with real bits of flower petal mixed in with its texture, and give her and her father two pieces each. They would each […] write their wishes and hopes for the new year on to one of them and write the things they’d hated most about the old year on to the other one. Then – being very very careful not to mix the pieces up – each person would take a turn standing over the sink, strike a match, hold the flame to a corner of the piece of paper with all the things written on it that he or she hadn’t liked, and watch it burn. -Ali Smith (How to Be Both)
Though I’ve had this blog for more than five years now, I’ve never quite managed to do a proper roundup of the books that I’ve enjoyed the most during any given year. I suspect this is partly due to the fact that, for at least three of these years, I was in the throes of writing a dissertation, and my “fun” reading was kept to a minimum. But it’s also probably because my reading has managed to slip into this blog in countless other ways: passages that strike me, the names of authors whose novels and stories are so wonderful and weird that I can’t help but spread the word, they are the prisms through which I can’t help but view the world. While it may be the recipe, the formula, that I’m often sharing here, it’s the things I read, from novels to cookbooks, that really fuel my writing and that provide cohesion to this blog.
This year was a good one for reading. I’ve read novels that embrace a love of literature in all of its kitschy glory, feminist coming-of-age musings and the history of ice cream, as well as stories about murder, magic and misogyny. There have also been tales of humorously unholy appetites, intersections between literature and food and more than a few mysteries. And through it all I’ve been desperately waiting for George R.R. Martin to deliver another novel, but something tells me that 2016 is going to be a good year.
Unlike a lot of the lists that you find at the end of the year that trumpet the best offerings of that particular year, this list consists of both the old and the new. And, as all of these lists tend to be, it’s deeply subjective and most likely flawed, but there’s really no accounting for either personal taste or the way in which a certain book ends up being just the thing you want to read at that given moment.
Favorite Novels of 2015 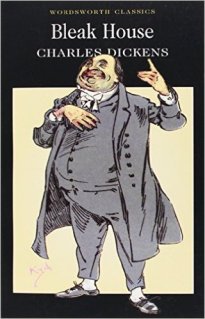 Bleak House: I had been itching to read more Dickens for years, but only early in 2015 did I find the discipline and courage to pick up Bleak House and enter the world of foggy and legally corrupt London. Even though I guessed one of the novel’s main secrets within the first one hundred pages, the novel’s vast array of characters and scope still provided more than a few gasp-worthy moments. The whole experience also reminded me why I fell in love with the “loose and baggy” Russian novel all those years ago; there is something endlessly satisfying about following a set of characters from page 1 to page 893–even if it is then hard to let go of them all. In keeping with a new new year’s tradition, I will be kicking off 2016 with a foray into Great Expectations, which I somehow (gasp–worthy moment) never managed to read in either high school or college.

Dept. of Speculation: It’s funny to place Jenny Offill’s Dept. of Speculation on a list immediately after Bleak House because no two novels could ever be less alike. One thrives on the expansive quality of the nineteenth-century novel in all of its linear, serialized storytelling glory, whereas the other highlights the inner (and digressive) turmoil of one woman’s mind as she tries to make sense of her marriage and of the nature of love. It is, at once, sad, funny, amazing, perplexing and deeply, deeply moving.

Never Let Me Go: Despite having heard good things about Kazuo Ishiguro for years, I never managed to read any of his novels. In fact, when I started reading this very novel back in my second year of graduate school, I was so bored that I gave up after ten pages. When I picked it up again this past spring, I not only had a reason to finish (a long-distance book club with a friend), but I also desperately wanted to. Suddenly, Kathy’s account of her school days and friendship with Ruth and Tommy took on a new urgency for me; her voice no longer seemed so dull, straightforward and conditioned. Her memory and the ways in which she questioned it intrigued me; was she as innocent as she seemed? And what was the secret she was obviously keeping from us readers? While I can’t say that the “big reveal” was as explosive as I had hoped it would be, it still kept me turning the pages to the very end and left me wondering about it for a few days afterwards.

All the Light We Cannot See: In 2014, everybody was talking about Anthony Doerr (and rightly so, I would later discover), but I, a reader who is usually hopelessly behind the times, didn’t manage to pick up All the Light until early this past summer. If I resisted Doerr in 2014, it wasn’t only because I wasn’t sure I could believe the hype; I simply wasn’t sure that I wanted to read another story about World War II (I blame this on Kate Atkinson’s Life After Life, which I read in 2014 and which redefined the genre of World War II fiction for me). But to reduce this novel to a mere story of war would be a disservice, as it is, in the same vein as the great nineteenth century novels, so much more than that. Its double plot allows it to examine the war from the German (reluctant Nazi) and French (the Resistance) perspective and to show the ways (perhaps plausible, perhaps not; most novels rely on unlikely coincidences) in which these two worlds both resemble each other and eventually collide. Though the novel is interested in history, its ultimate strengths lie in its structure, which builds suspense, and its characters, namely Marie-Laure, whose blindness presents us with a unique way of “seeing” the world.

The Story of the Lost Child: I’ve been with Elena Ferrante and her Neapolitan novels since 2013, which, though not that long ago, definitely predates the current Elena Ferrante-related hype that is gripping certain segments of America. Typing those words, I can’t help but think that they smack of overstatement, but then I think of the necklace that I saw on a Brooklyn-based jewelry store’s website and I know that jewelry inspired by a novel can only be a sign of hype. The truth is, though, that this hype is incredibly well deserved. While these novels seem, on the surface at least, to consist of events that one could find on any soap opera (love, adultery, betrayal, murder, kidnapping), they also tell complex stories of becoming, of stunted development, of one’s connection to one’s home and personal history, of Naples, of Italian history, of women and of Italian literature itself (in so far as I understand it). The series follows the two main characters from childhood to old age and, by the time you reach the final pages of this last novel (I will offer no spoilers for the uninitiated), you will feel that you have been exposed to a heretofore unknown world, one that you don’t want to say goodbye to, especially since you will still have a lot of unanswered questions. But the good thing about unanswered questions in literature and the movies is that they indicate that there could still be hope for another installment. In this case, my fingers are most definitely crossed. 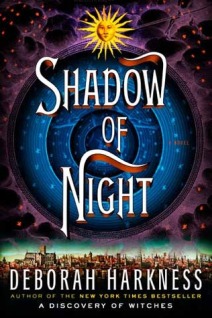 Shadow of Night (All Souls Trilogy, Book II): It’s safe to say that, as a reader, I enjoy both trilogies and longer book series. There is something eternally comforting about becoming acquainted with characters, following them on multiple adventures and, in the series’ conclusion, seeing them succeed. This year one of my most pleasurable reading experiences occurred when a good friend of mine told me about a series that her sister had recommended to her and offered to lend me the first book; she mentioned witches, vampires, academia and the hunt for a lost book, as well as the fact that it was “very good.” She was right on all counts; I flew through the first book, barely able to put it down. But then I hit a wall with the second book. Despite the time travel (small spoiler alert!) and the promise of an Elizabethan adventure, I just couldn’t seem to get into it (in hindsight, I blame the move; who can concentrate when one’s life is boxes?). But fast-forward to late September in Delaware, when life again was calm, and I decided to buy the book at a local bookstore. It was one of the best decisions I made all year; the story was layered and full of historical and scientific details (the author is herself an academic and a historian of magic and science at that), transporting you from the dangers of Elizabeth England to the debauchery of Hapsburg Prague. It was also really interesting to see the ways in which time travel transformed the characters and challenged their relationships and self-perception. While I enjoyed the series as a whole, there is no doubt that Shadow of Night, with appearances by Marlowe, Shakespeare and Elizabeth I herself, was the most playful, creative and intelligent of the bunch.
****
I was going to include my favorite cookbooks here, too, but I’ve decided instead to do a separate post for those and to include what I considered to be the “recipe of the year.” I’ll be back on January 1, but, in the meantime, a very Happy New Year to you all!