“Why?” asked Strike heavily.
“Why what?” said Robin, looking up at him.
“Why do people do this?”
“Blog, you mean? I don’t know…didn’t someone once say that the unexamined life isn’t worth living?”
“Yeah, Plato,” said Strike, “but this isn’t examining a life, it’s exhibiting it.” –The Silkworm (Robert Galbraith, aka J.K. Rowling)
When I read these lines in The Silkworm a few weeks ago, I felt a flash of recognition. Strike’s question is one I’ve asked myself a thousand times, maybe even more.  Although I like blogging, I long ago realized that I’m the kind of person who is going to question the why of things–the driving impulse behind certain behaviors, the attachment to authors and hobbies, rather than be satisfied with the status quo and merrily prance along (you can take the girl out of the Russian major, but not the Russian major out of the girl, I suppose).
Truth be told, I haven’t entirely felt all that inspired by this space lately, or maybe a better way of putting it is to say that I haven’t felt compelled to be here in the same way that I often was in the past. I’m sure that this feeling partly stems from my more limited free time (it’s true that a Ph.D., even during the dissertation years, affords a certain freedom that doesn’t exist in the “Real World”), but if I go beyond the changes that have taken place in my life over the past several months, I know that there’s more to it than that. For a long time now, I’ve been noticing that the internet has been undergoing a transformation and has increasingly started to resemble a virtual shopping mall. No matter where you turn, something is being sold; you’re bombarded by advertisements, book promotions, pictures of products you can’t possibly live without! While I recognize that a lot of people make their livings off of these books, products and advertising campaigns, it’s still a lot to swallow, especially when you think that people first came online to escape these very things.

Maybe this is why the internet’s atmosphere has begun to feel different, too–at least in the world of food blogging (technically, this is a food blog, but sometimes I’m not so sure). It now seems that  everything is about buying and branding, instead of about real people, real food and real conditions of daily life. Whereas once food blogs, at least to me, were about weekend baking projects and the eternal question of “what to have for dinner?”, what currently appears to exist is a world of endless hashtagging, constant (self-)promotion and styled images. It can all become a little daunting, especially considering that in this world both the image and “curated” experience reign supreme. As somebody who puts more stock in words and stories than in images (substance over style, if you will), there’s something truly off-putting about the rise of Pinterest and styling food until it almost looks too pretty to eat. While my grandma always told me that food should look appetizing and should appeal to the eyes, I think maybe the internet has taken it all a bit too far. Never forget that behind every beautiful shot of a platter of vegetables or a perfectly frosted cake lurks a stack of dirty dishes and a whole lot of effort.
Having said all of that, I think it’s only fair to address why I keep blogging. The simple truth is that I like the challenge of turning the pristine whiteness that each post begins as into an organized mess of words. There’s also something to be said for the discipline of writing–of having a space to think through your experiences and to keep track of your life through different flavors, cultures and scents. And, when we get down to the heart of the matter, this is also where I get the chance to keep my researching teeth sharp. I’ve always enjoyed the hunt for information, the “excavation” of facts or moments of cross-cultural exchange found in old books that could potentially be lost. It’s both the search for and promise of new–really, old–recipes that keeps me coming back.
The recipe that I’m about to share, Persian Cream of Barley Soup (Soop-e Jo), is a fine example of this. When I first found it in Margaret Shaida’s The Legendary Cuisine of Persia (1992), I was drawn not only to the short list of ingredients (which included a whole grain), but also to its back story. In her headnote, Shaida, a Brit who married an Iranian and lived in Iran for 25 years, wrote that she “…suspect[ed] that this soup entered Iran in the early part of the this century, along with the White Russians fleeing the Bolshevik Revolution. It’s Persian name soop implies an alien background.” 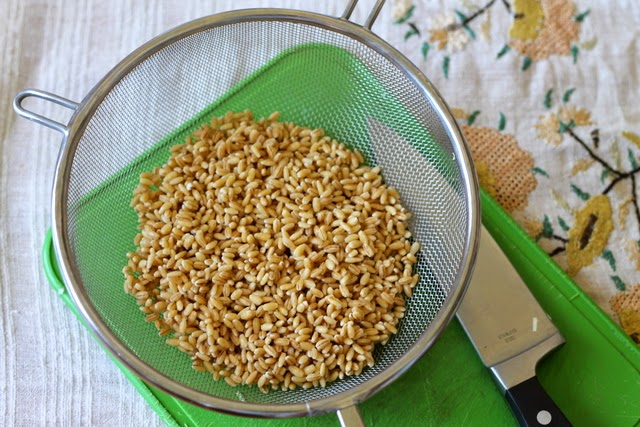 8 thoughts on “The Act of Excavation”