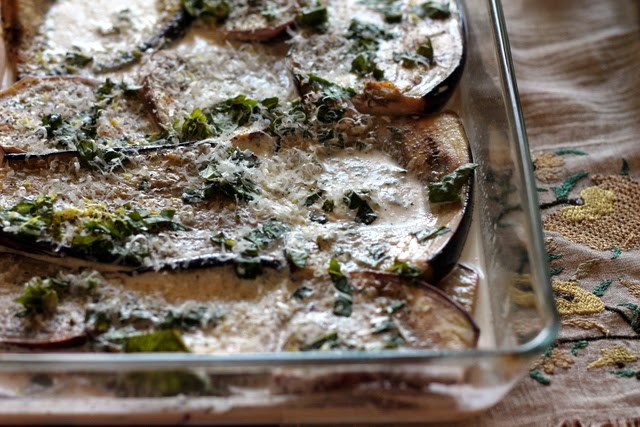 Lately, life has been just a touch too busy, but busy in the best possible way. Last weekend, after the Greek returned from his month of traveling, we took a trip to Carmel and Big Sur and, though it was lovely to have a moment to catch my breath, the long days spent looking at the computer at work hardly inspire me to come home and open my laptop. The need to escape the glare aside, there’s also the small issue that there are only 24 hours in a day and if about 12 of them are spent working and commuting and 8 are ideally spent sleeping, there are few hours left for everything else. Time has become the most precious commodity.

I have several posts planned–from a refreshing summer drink to a hearty soup–but I just need to find the time to write them! Given that I’m going to New York this upcoming weekend for the wedding of one of my dearest college friends, exactly when all of this writing will happen continues to elude me. But for now, I’ve decided that I’m going to have one monthly “Food for Thought” post, which, much to my surprise, tends to be pretty popular; I think that people like brevity (admittedly, not my strong suit) and also to be pointed in the direction of articles they may not have ever stumbled upon otherwise. Whatever the reason, I wish you all happy reading and I hope you find something of interest in this spread!

On Friday during my lunch break at work, I read the “Room for Debate” column in the New York Times and I was shocked to discover that 4 in 10 American workers allow some of their paid vacation time to go unused (if you don’t want your days, I will take them! Please!). It’s disturbing how negatively vacation is viewed in this country and how much guilt and anxiety vacations inspire in employees. While the Germans are off discovering ways to “end the tyranny of 24/7 email” during vacations, most employers and employees in the US are still figuring out if they can even afford to go on vacation.

Thanks to my biweekly CSA box, I’ve spent a large part of my summer thinking about how to cook eggplant. The photo above is of a favorite eggplant dish that I make, a riff on Nigel Slater’s eggplant with cream and thyme (I make mine with basil and I like to caramelize the onions or, better yet, shallots or leeks), but eggplant is endlessly versatile and I like to experiment. Another recipe that I found myself making recently was eggplant caponata, which combines eggplant with cocoa powder (!), cinnamon, balsamic vinegar, pine nuts and raisins (or currants); it’s a spicy, sweet-and-sour dish that can transform thickly sliced and toasted bread into a very fancy dinner. Next stop on the eggplant train, however, is Claudia Roden’s eggplant fritters with honey; not only does this dish seem to treat eggplant like the fruit that it is, but, by soaking the eggplant in milk, it prevents the eggplant from absorbing too much oil–definitely a worthwhile kitchen tip!

I had never heard of “herb jam” before, but when I saw this post from Tasting Table, I was really excited by the possibilities–especially because herbs sometimes go bad in the fridge and, with this kind of recipe in your arsenal, that won’t have to happen ever again.

Maybe it’s because I have an itch to travel, but I’ve been thinking and reading a lot about Spain lately. In particular, I’ve been thinking about Spanish cuisine, reliving my trip there in college when I ate more than my fair share of patatas bravas, tortillas and chocolate con churros….Both my nostalgia and desire to eat have led me to several articles on the fascinating Claudia Roden (her great-grandfather was the chief rabbi of Aleppo; need I say more?) and her cookbook, The Food of Spain: you can read here about Catalan cuisine, here about how cuisine functions as memory and here for a medley of tantalizing Spanish recipes. I was so tempted by all of the descriptions that, on the evening the Greek returned home, a Spanish lemon ricotta pudding was waiting for him.

If you follow food blogs, you can easily identify certain trends. For example, more than a few years ago everybody was abuzz with versions of this (Rasp/Straw/Black/Blue)Berry Buttermilk Cake. Last year, it was all about Martha Stewart’s One-Pan Pasta (it was good and definitely convenient, but not the best one-pan pasta I’ve ever had. That honor belongs to this dish). This summer, however, it’s all about cake again and I would say that it’s this cake, or torte, in particular that has everybody running to turn on their ovens. I will confess that I’m not at all immune to the hype and torte baking plans are in the works.

This article outlining one woman’s quest to help women achieve control over their own bodies–and her savvy understanding of the law–is worth reading. Three cheers for any kind of progress on this front!

Although I started off strong this summer in the reading department, I recently found myself in another rut. I thought that Gabrielle Hamilton’s chef memoir, Blood, Bones & Butter would be the answer to my reading problems, but I initially found myself trudging through it. Maybe it’s just me, but I find reading about somebody’s kleptomaniac and drug-addled youth to be a little dull. But when you get past the first section and find yourself thrown into her catering adventures, youthful travels through Europe and Asia, graduate school experiences and marriage to an Italian, you can be nothing other than hooked on her every word. The writing is raw and her attitude to the current twee nature of cooking and eating–basic parts of the human experience–is nothing short of refreshing.

I have only a few more pages to go in Hamilton’s book, but, as soon as I finish, I’m ready to devour the next book in the Italian series (for Ferrante fans, good news: it seems the trilogy has been expanded to a tetrology) that has been some of the best fiction I’ve read in a long time. After that, it’s onto New Finnish Grammar because, clearly, I’m really into the Italians these days.

Speaking of Italian things, I found an inspiring article, Eat Your Verdure, about cooking Italian-style vegetables on Diana Henry’s wonderful blog recently. Although I’ve been a fan of hers since I bought her beautiful book on preserving a few years ago and discovered just how literary her approach to cooking was, I was only inspired to revisit her site after seeing the feature The New York Times just did on her latest cookbook, A Change of Appetite. Let me just say that, if you’re looking for a meal that’s both simple and a little off the beaten path, her roasted tomatoes and lentils with dukkah-crumbled eggs makes for a hearty and healthy dinner. I may never cook tomatoes any other way again (on toast with goat cheese, they are heavenly); having some extra dukkah in the cupboard is hardly a bad way to begin the week, either.

4 thoughts on “Food for Thought”