Despite both my promise and hope to return to this space over the weekend, reality intervened. And when I say reality, what I really mean is work. It seems that although we’ve been working towards filing this motion since my very first day in the office, we’re still not quite there yet. Last week we were optimistic–so optimistic that there was even talk in the office that we would all have a real weekend!–but then discovered on Friday morning that we had to shuffle things around yet again. This, of course, led to another Saturday spent in front of the computer redoing the citations that both my colleague and I had already updated 3 times in the last 3 weeks. But I was at least working from home, which was a plus. Then, yesterday we actually filed the motion only to be rejected by the court this morning for having forgotten something essential (to all the past, present and future dissertators who will find and read this blog: Filing a dissertation is easy; try getting something through a court clerk). In a way, we were all relieved that we had a little more time, but as we started checking the documents again and having the same conversations that we had been having for the past month, there was this moment when I looked over at the other paralegal and couldn’t help but ask her, “Didn’t this all happen yesterday? Isn’t it starting to feel like Groundhog Day around here?” Two hours later that question was again asked when the legal secretary shouted to us from the other room, “Gosh, doesn’t it feel like Groundhog Day? I can’t take another day of this.” We all laughed, but let me just say that I don’t really think any of us thought it was terribly funny. 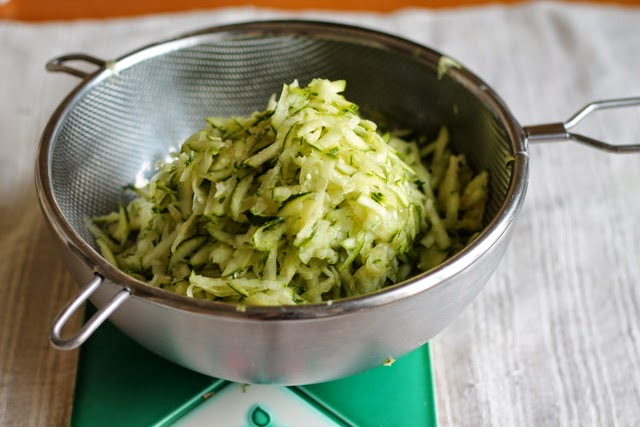 Things got even less funny–or downright hilarious; it really depends on your sense of humor and perspective–this afternoon when we filed the motion again and managed to send the court runner (this is the person who waits in line with the documents and schmoozes with the court clerks; it turns out that a good runner who can work the system is essential to success. Note to legal dramas: you need to write runners into the script to make things real) off with our documents. Then, when we were preparing the copies we would be sending to opposing counsel, I discovered that something that was supposed to have been redacted hadn’t actually been redacted and, though it pained me to have to break the news to my smiling, relieved and exhausted colleagues, I really had no choice; this find, while depressing to discover at this stage of the game, may have prevented a lot of unnecessary unpleasantness for all involved parties.  This meant we had to figure out how to withdraw our just-submitted motion and that tomorrow we’ll be on what, in legalese, we would call our “Third Attempt to Submit the Amended Motion.” I’m simply banking on the fact that the third time really is the charm and that we can all go out and have a celebratory lunch afterwards.

Needless to say, with work as demanding as it has been, there has been little time for anything else. Dinner has started to embody Alice Waters’ culinary wisdom and, truly, my meals have become nothing if not testaments to the “art of simple food.” Bread covered with thick slabs of feta and thinly sliced tomato, then sprinkled with oregano and drizzled with olive oil and, finally, put under the broiler for 5-7 minutes. A pot of pearl barley tossed with arugula and slices of avocado, eaten with salsa verde and crumbled feta or mixed with lemon juice, tahini, Greek yogurt and garlic. Fruit, from nectarines to melons, suddenly makes the best and easiest dessert. But these things, as simple as they are, still happen only on the good days.
I realized this past Friday how essential the weekends are to getting things in order. After a long day of reworking the motion,  I got off Bart only to discover that my dreams of making a somewhat fancy dinner–therapy cooking, really–were dashed by the business hours of the butcher shop I pass by on my way home. Then, when I got home and opened the bread bag, I discovered my Favorite Default Dinner, the aforementioned Feta on Toast, wasn’t going to happen, either; moldy bread does not a dinner make. This, my friends, is how cereal came to be eaten for dinner.

While I like cereal as much as the next girl, it nevertheless felt a little depressing. It seemed such a far cry from my first week on the job, when there had been leftovers from my pre-work cooking fest to see us through: soup, casserole, braised meat. I think I realized what life was going to be like (there is a Groundhog Day-like quality to commuting and walking down the same exact street every day, which is not to say that there is no comfort in a well-oiled routine. I have favorite moments: greeting the sidewalk sweeper on my office’s block, looking into the fancy Italian restaurant whose wood-fired oven seems never to go out and through whose windows I can see perfectly round balls of pizza dough lined up on baking sheets each morning, smelling the coffee wafting out of the hipsterish coffee shops popping up in the Financial District) and wanted to be prepared for it. Even now, although reality seems to be telling me something different, I want to believe that people can work and live well, too. Maybe what I really want is that impossible thing–having it all. But then I think that I’m too reasonable for such a thought and that what I want is something simpler: that working–enjoying your work and doing it well–doesn’t have to mean that other essential things in life are relegated to the realm of the quick, easy and convenient. But perhaps that simply circles back to the issue of having it all…? 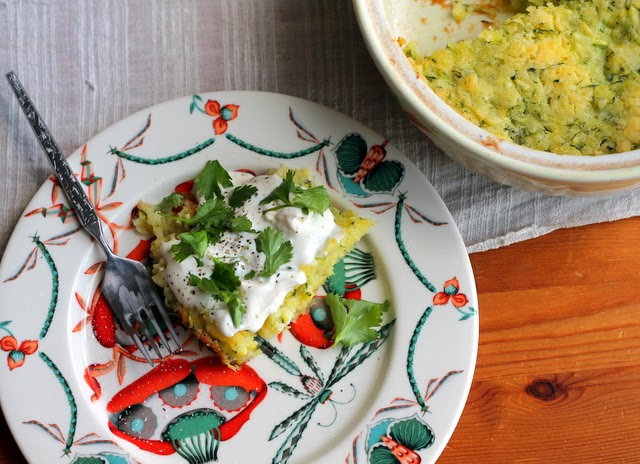 What we both can and can’t have is a discussion for another day. Today is a day for something far less complicated: Diana Kennedy’s Zucchini Torte (Torta de Calabacita) from The Art of Mexican Cooking, which is honestly one of the most simple and downright delicious zucchini recipes I’ve made in years. It calls for only 8 ingredients, or 9 if you, like me, decide to sprinkle cilantro leaves on top (this is recommended). Like everything Diana Kennedy touches, the recipe is written in a clear, matter-of-fact manner; she’s not a woman to mince words (listen to this podcast and be prepared to fall under the spell of her life story and achievements) and, more importantly, you know that she’s giving you an authentic taste of Mexico in every bit of information she shares.
On my own, I would never have thought to combine grated zucchini with rice flour, butter, baking powder, eggs and sugar, but believe me when I say that the combination works. At first I was wary since the batter, because of the rice flour, looked grainy and unpromising (I don’t have much experience with gluten-free baking and this recipe is gluten free); once baked, however, it was green-flecked and golden with gently browned and slightly crisped edges. Even more surprisingly, despite the addition of sugar (it’s a minimal but noticeable amount), these ingredients create a savory dish that can be just as easily served on its own, topped with creme fraiche or sour cream mixed with salt and pepper, as it can be paired with chicken. Regardless of how you choose to eat it, one thing should be clear: it should be made and enjoyed often–at least while the zucchini lasts.
Zucchini Torte (Torta de Calabacita)
From Diana Kennedy’s The Art of Mexican Cooking
Yields 4-5 ample pieces or 8 small ones
1/4 pound (1 stick) unsalted butter, plus more for greasing the baking dish
1 pound (3-4 medium) zucchini, trimmed and grated
1 cup rice flour
2/3 teaspoon baking powder
1/2 teaspoon sea salt
2 eggs
1/3 cup sugar
1 cup creme fraiche or sour cream, whisked with sea salt and freshly ground black pepper
a few stalks of cilantro, roughly chopped
-Preheat oven to 350 and place rack in top part of oven. Butter a 1-quart baking or souffle/casserole dish.
-Squeeze the grated zucchini dry in a cheesecloth or place the zucchini in a fine-mesh strainer over a bowl and squeeze it until about 1/3-1/2 cup liquid comes out. Set aside.
-Sift or whisk the flour with the baking powder and salt and set aside.
-Beat the butter until creamy, then beat in the eggs one by one, mixing well after each addition.
-Beat in the flour mixture and then stir in the zucchini and sugar.
-Pour the mixture (it will be thick and grainy) into the prepared dish and bake until the torta is firm, springy to the touch and golden on top–about 45-55 minutes.
-Serve with the salt-and-pepper cream and a sprinkling of cilantro or another fresh herb of your choice.