We spent the last days…shut up in the shop, the two of us and three workmen. They were magnificent hours of play, of invention, of freedom, such as we hadn’t experienced together since childhood. -Elena Ferrante (The Story of a New Name)
I never meant to stay away for this long, but somehow this year I managed to get lost in the holidays. From the moment the alarm went off at 4:17 a.m. on December 18th until this past Saturday afternoon, it felt as if I had fallen into some strange time warp. The days, suddenly devoid of their usual urgency, passed by slowly; nothing seemed pressing. The Greek and I would wake up late (we never did adjust to east coast time) and, before we knew it, there would be mugs of steaming black coffee, a plate of stacked toast, a bowl of softened butter and perfectly fried eggs set before us. Although it almost goes without saying, my grandparents know how to make a remarkable breakfast; in fact, they bustle about their kitchen with an easy know-how and strong sense of purpose that I can only dream of possessing. In that cozy environment and surrounded by all the traces of my youth, I couldn’t help but fall back into patterns from my childhood: getting up late, spending a good part of the day reading, spending time with the family in the evening and then going to bed late enough so that the cycle would inevitably repeat the next day.  While it can be somewhat unnerving to be taken care of–especially when you’re used to doing most things yourself, or as a team–this year I really relished it. Only upon arriving in Pennsylvania did I realize that I was more tired than I had imagined. 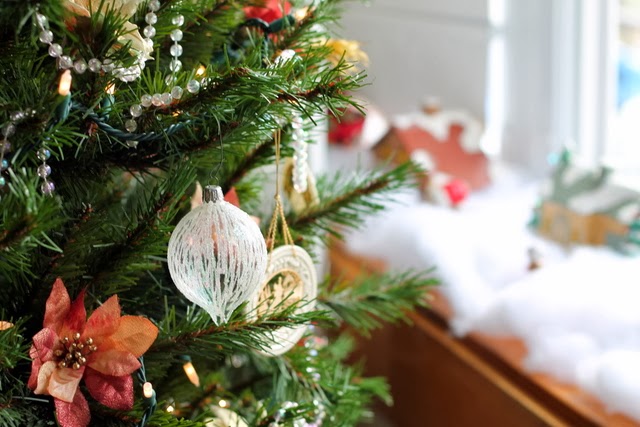 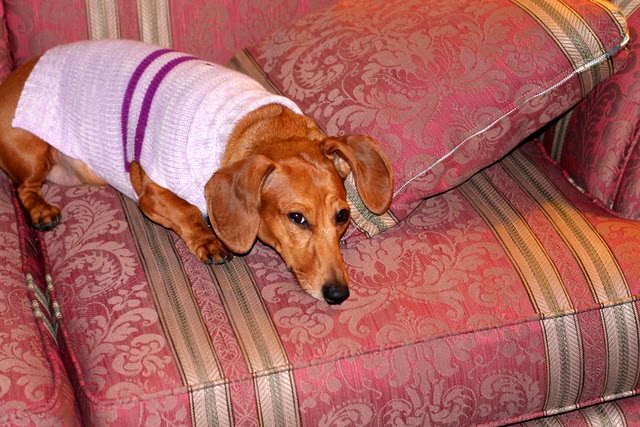 There was ample opportunity to recharge, though. After months of feeling too unsettled to read (a job search hardly leaves one in the proper state of mind; in that unsettled state, how can one concentrate?), I devoured several books in a matter of days. Although my eyes started to feel the strain, I also felt more like myself again–engaged rather than tired, relaxed enough to appreciate the both the various turns of phrase and plot twists in the worlds of Marisha Pessl and the enigmatic Elena Ferrante, and ready to read more. I also found myself taking a fairly relaxed approach to cooking; instead of being in search of the “next great recipe,” I was more than happy to prepare some of my favorite go-to recipes: beets with pistachio butter, risotto, hot nuns and custard-filled cornbread. While I enjoy blogging, there are times when it’s both nice and necessary to disconnect from the holiday gift guides (especially since I can’t even afford half the things on these various lists) and emerging food marketplace, constant stream of new (and good, better, best, genius) recipes and what Laurie Colwin, in her lovely Home Cooking: A Writer in the Kitchen calls “the age of competitive cooking.” These moments of retreating can offer a much-needed perspective, not to mention inspiration to move forward. 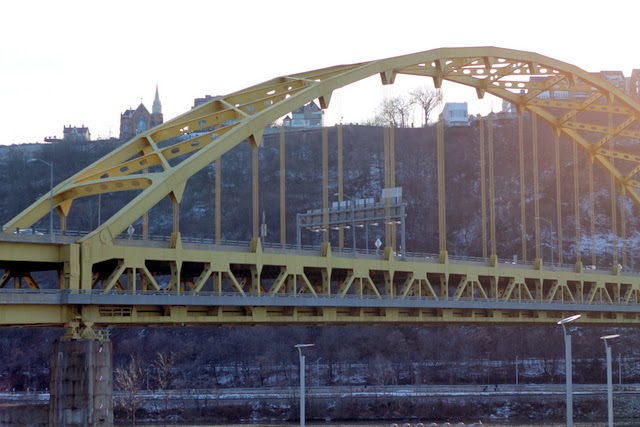 After all of the time I spent wandering through my grandparents’ house and enjoying the quiet of southwestern Pennsylvania, it seemed that I ought to have been ready for my inevitable return to messy adulthood. But I don’t know if anything can ever prepare you for the moment when you’re again in charge. I think the modern world makes it even harder; there’s something so jolting about the fact that one day you can wake up to a snowy world of eggs, bacon and cheerful conversation and, in a matter of hours, you’re amongst palm trees, boisterous cab drivers and entering an apartment that smells of something gone wrong. Yes, five minutes before we were to ring in 2014, we discovered that, in our two-week absence, a fuse must have blown, taking our carefully stocked refrigerator (pizza dough! chocolate persimmon muffins! a host of preserves!) with it. It seemed an ill omen for 2014, but, after a glass of champagne, almost a whole container of Clorox wipes and several pairs of rubber gloves, we were feeling optimistic enough to say that our fridge has never been cleaner.

Although an electrical failure is, at heart, nothing more than an electrical failure, it also seemed, at least to me, that both the purging of all the spoiled food and the now squeaky clean fridge might as well become the stuff of metaphor–a lesson and blank slate for the new year.  As a person who loves abundance, from grains in the pantry to cookbooks and novels on the shelves, there’s something to be said for learning to live with less, not to bite off more than I can chew (literally and figuratively), to get back to my basics. This is what I want 2014 to be like for me. 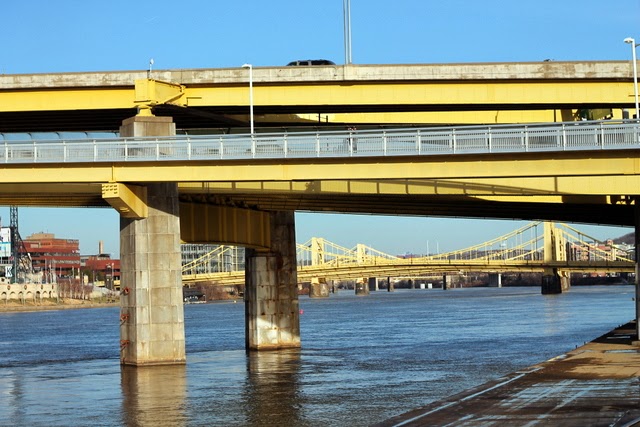 In light of this, I’ve been thinking a lot about the things that are essential to my general sense of well-being and I’ve made some concrete plans for the year–the kind of plans I not only can feel good about, but that also seem firmly within my grasp. After months of figuring out where to go with my blog, one that had been based on my academic endeavors–I’ve decided that it’s really going to start to live up to the new description of the blog that I reformulated back in August–“life, literature and the meals that happen in between.” I want to write not only about food, but about the books I’m reading, too; I’ve missed this way of writing and I think that there’s a lot that can be said about how reading about food–or reading in general– can create a certain kind of hunger. I’m also, after years of attempting to do so, finally going to take a real Greek conversation class; feeling excited about this, I’ve been going through some of my Greek cookbooks and I think there are a lot of Greek (and Mediterranean-minded) recipes that I want to share here. My linguistic challenges may just turn into a monthly post. Besides learning a (relatively) new language, I also have a new blogging undertaking to share with you all: Jam Experiments! I’ve known about this since November, when Elizabeth, the blog founder, wrote to me to see if I would be interested in taking it over (we went to college together and, oddly enough, ran into each other at the Good Food Awards), but haven’t really had an occasion either to say anything about or to work on it since then. However,  now that the cat’s out of the bag, I’ll hopefully start moving forward on this project and will find a way to connect both of my internet spaces.

In the spirit of simplicity and also to celebrate my return from the “rabbit hole,” today I offer you what became my greatest dessert discovery of 2013: a Chocolate Pavlova with a Honeyed Greek Yogurt Whipped Cream from Wintersweet, a cookbook devoted to “winter baking to warm the home” (the very thing that I imagine many of you in the Midwest and east coast are only more than happy to do right now). This dessert became the breakout hit of Thanksgiving (can you blame a table of former and current Slavic department graduate students for enjoying a dessert named after the Russian prima ballerina, Anna Pavlova? It should be noted, however, that the history of this dessert is also more complicated than its name might suggest) and, on Christmas Eve, stunned again, brightening the table with a burst of color.  I don’t know why it took me all these years to make a dessert out of whipped egg whites, sugar and cocoa powder, but I suppose I can blame it on the fact that my family was never really what you would call meringue eating people–besides the occasional slice of lemon meringue pie. I think we simply preferred “heavier” desserts (cakes, bread puddings, ice creams and cream pies) to a sweet whose appearance evokes the light airiness of a perfectly executed pirouette. That was clearly our mistake, though. Topped with bright winter fruit and a whipped cream sweetened with honey and made tangy with Greek yogurt, this pavlova is not only visually arresting, but an ideal way to end any feast without feeling grossly stuffed.
Chocolate Pavlova with a Honeyed Greek Yogurt Whipped Cream and Fresh Winter Fruit
yields about 8-10 servings
adapted from Wintersweet via Simple Bites
Although this recipe comes from a cookbook devoted to winter sweets and features pomegranate arils and pieces of a few small clementines, the chocolate pavlova base should be used to showcase other seasonal fruits as well. This would be wonderful with fresh red currants, roasted cranberries, raspberries, strawberries, blackberries and, according to Dorie Greenspan in Baking: From My Home to Yours, even blueberries (she says they pair well with chocolate, a theory that I long ago tested in granola; it’s good). Really, once you have the base, the possibilities for the topping are endless: various curds and whipped creams seem standard, as well as fresh fruit or lemon or orange zest.

The one thing you want to be careful with here is the cooking temperature; make sure that you bake the pavlova on low heat and that you don’t remove it from the oven for several hours. You want the outside to be a hard shell and for the interior to remain soft and pillowy. I recommend making this the night before you want to serve it; you can let it sit in the oven (with the door cracked open) all night and then wrap it in plastic wrap or put it in airtight container the next morning. Once you put the whipped cream on the pavlova (put the topping on only immediately before serving), it will have a limited shelf life, but will keep in the fridge for 1-2 days more; the texture, however, won’t be nearly as good.

For the pavlova:
4 large egg whites, at room temperature
1 cup granulated sugar
2 tablespoons good-quality cocoa powder
1 teaspoon cornstarch
1 teaspoon balsamic or distilled white vinegar
For the whipped cream:
2 cups heavy whipping cream
1/4 cup full-fat or 2% Greek yogurt
2 teaspoons honey (orange blossom is nice here)
2 clementines, peeled and segmented
1 cup pomegranate arils
-Preheat oven to 350 F and line a rectangular baking sheet with parchment paper.
-Using the whisk attachment, beat egg whites in the bowl of a stand mixer on medium speed, until they form stiff peaks (about 4-6 minutes).
-With the mixer still running, add the sugar to the egg whites in small increments (a few tablespoons at a time), until it is all incorporated.
-Beat the meringue for another 4-6 minutes, or until it is thick and glossy.
-Remove the bowl from the mixer and sift the cocoa powder and cornstarch on top. Then, add the vinegar and gently fold until the cocoa is completely incorporated.
-Using a spatula, carefully scrape the meringue onto the parchment-covered baking sheet, spreading it into an 8- to 9- inch circle (you can draw the outline of a circle onto the parchment if you prefer accuracy).
-Place in the oven and immediately lower the temperature to 300 F. Bake for 1 hour and 15 minutes, then turn off the oven and, with the oven door cracked open, leave the meringue to cool completely (about 2-3 hours, or, preferably, overnight).
-When almost ready to serve, whip the cream to soft peaks and then fold in the yogurt and honey.
-Spread the whipped cream over the surface of the pavlova and then decorate with the clementine segments and pomegranate arils.
-Serve immediately and, if there are leftovers, be sure to refrigerate them.

8 thoughts on “Out of the Rabbit Hole”