Whenever anybody asks me where I’m from, I usually say Pittsburgh. This, however, is quite far from the truth; I’m actually from a small town, a village really, that is called Fredericktown (if you take a look at the pathetic Wikipedia entry for my hometown, you’ll see why I opt for answering any questions about my roots with Pittsburgh). If Fredericktown ever had a heyday, I certainly wasn’t around to witness it. It’s a place where people flocked because of the coal mines, because of the Monongahela (from the Native American word for “falling banks”) and, in some ways, because of the quiet. Because these things were the antitheses of what I wanted for myself–action, fame, taxi cabs, New York!–I had a strange relationship with my hometown while I was growing up. There were many moments when I loathed its country setting, longing for the fast-paced life of New York instead, but there were other moments when I couldn’t help but admire its rolling hills, the sheer emerald green of it and its scenic proximity to the river.

Now whenever I go back, I welcome the slow pace, the fact that things rarely change. I see things anew through the eyes of the Greek, who is nothing but admiring of its beauty and, especially when we’re there in the summer, the evenings on the spacious porch, the presence of a grill and a yard where we can easily play with the dog. This summer, we weren’t there for as long as we would have liked; truth be told, we weren’t really anywhere for as long as we would have liked. But we had to make do with the time that we had and, in Pennsylvania, in between shuttling between my mother’s apartment and my grandparents’ lovely home, we took a few trips to local parks and historical landmarks.

One of these landmarks was Fort Necessity, which is where, in 1754, a battle took place between a group of British soldiers led by George Washington and the French and their Native American allies. When you see the reconstructed fort now, about 250 years from the time of the battle, you feel like you are looking at nothing more than a pile of sticks that were hastily driven into the ground. Truly, when you consider that George Washington had about 300 men under his command, it is amazing to think that this was their safe haven. Of course, this, along with the fact that they were outnumbered by the French and were exposed in an almost entirely open field, may also explain why the British lost (historical fun fact: This is the only time that George Washington ever surrendered to the enemy). 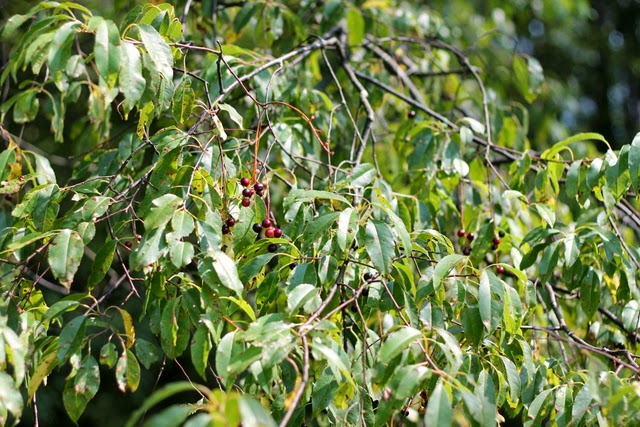 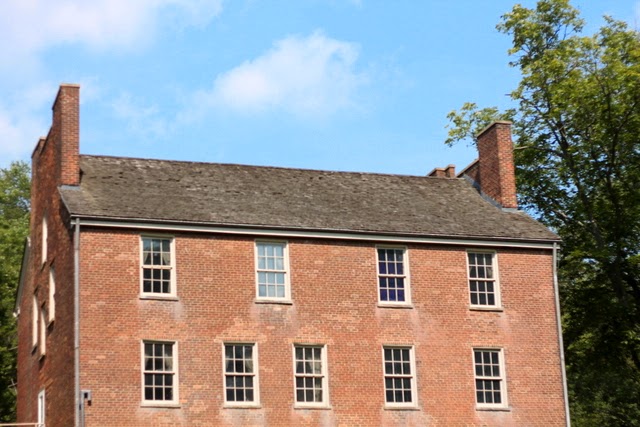 Whenever I visit one of these historical landmarks, I always feel overwhelmed by the history of the land–the way it renews itself and seems to carry no traces (that is, natural traces, rather than man-made) of the great events that took place on it. It’s strange to think that what was once covered with corpses is now as green as can be, with wildflowers and fruit trees and endless stretches of pines.

That’s the thing about going home; I’m always reminded of how much history there is in Pennsylvania–both in the more general sense of history and, more personally, for me. Going to Fort Necessity with the Greek, I remembered my childhood trip there with my grandpap and brother; we also passed by the Laurel Caverns, the site of more than one elementary school field trip, and the restaurant where I had dinner with my high school boyfriend, best friend and her date before our Homecoming dance. There’s something endlessly fascinating, as well as terrifying, about seeing pieces of your many different selves (or should it be different pieces of your one self?), but that’s what happened that day in the mountains: so many vivid memories started flashing by and so many more were made.

Besides the picnic we enjoyed at Fort Necessity, my favorite part of the day was our stop at the Summit Inn. Unbeknownst to me, the Greek had arranged for us to have a table overlooking both the garden and the hazy expanse of the surrounding area. Then, before I knew it, there were two coffees on the table and one of the prettiest blackberry cobblers you could ever imagine (minus the jarred maraschino cherry).

While these excursions are always fun, the real highlight of any trip home is the time with my family–really, time in my grandma’s kitchen. I realized recently that, no matter what crazy kitchen project I propose, my grandma and grandpap always say yes. This happened with the time-consuming butternut squash gnocchi, again when I wanted to learn to make the world’s greatest cream cookie
and again when the Greek and I wanted to learn to make pasta; truly, the list is endless and, I imagine, will only continue to grow. And even if they’re sometimes exhausting, I think they enjoy these kitchen projects as much as I do.

This summer, the kitchen projects were few and far between, but we did manage to sneak in a few adventures. One afternoon was spent cooking along with the New York Times; thanks to Julia Moskin and the Recipe Lab, we made some wonderful blueberry lime jam. Then, as the lead photo of this post might suggest, one day after flipping through a French cookbook, Grandma and I decided to make a quiche; because grandmas, or at least my grandma, always tend to be prepared for anything, we didn’t even have to make any pie dough. There was an already a rolled out shell waiting for us in the freezer. One day I dream of being so well prepared for any quiche or pie craving that might hit me.

Needless to say, it was a wonderful quiche–full of tender mushrooms, spinach, Swiss cheese, caramelized onions and rosemary. While there’s a part of me that wants to share the recipe with you, I won’t. Although I’m a person who enjoys precision and the structure of a well-written recipe, this really isn’t how we cook in Pennsylvania. In Grandma’s kitchen, it’s all about improvisation, inspiration and intuition. And, if you ask me, this is how it always should be. Cooking wouldn’t be fun if it were always about following a list of ingredients and instructions. Baking, of course, is another matter entirely.
If you’re now tempted to make a quiche, I can assure you that there are few recipes as simple and forgiving. Eggs, cream, pie crust, vegetables and herbs: is there anything that really could go wrong?
P.S. I have some job news and a lovely weeknight dinner recipe to share with you all; I’ll be back with both before the end of the month! And then it’s upwards and onwards into October!