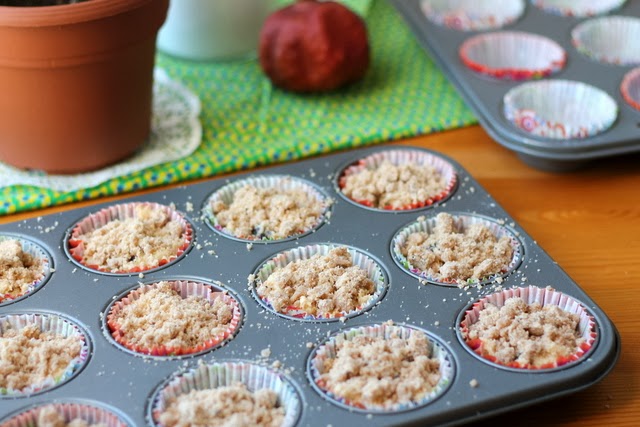 Marisa sometimes threw balls of sand at us, and sometimes burst in, shouting “Stop it, who cares about this Dostoyevsky, who gives a damn about the Karamazovs.” Then Nino abruptly broke off and walked along the shore, head lowered, until he became a tiny speck […] Meanwhile I felt better and better, I couldn’t believe that life could be like this. Maybe, I thought, the girls of Via dei Mille–the one dressed all in green, for example–had a life like this. -Elena Ferrante (My Brilliant Friend)
Recently, a friend of mine suggested that this blog should no longer be called “Dining with Dostoevsky.” He said that, as things now stood, it would be better to call it “Dining after Dostoevsky.” Given the minimal role that Dostoevsky now plays in my life, I’m almost inclined to agree…But then I read something like this in an Italian novel about Naples in the 1950s and, even though I laughed aloud because I now feel very far removed from my old daily concern with Dostoevsky and his eternal husbands, murderers and brain-fevered characters, I also felt that old twinge of nostalgia that let me know that I still very much care for both the fictional Karamazovs and for Dostoevsky’s tangled prose. For now, however, I’m enjoying the world beyond Russia, even if my life keeps bumping up against it in ways that I suspect will continue for a long time to come. 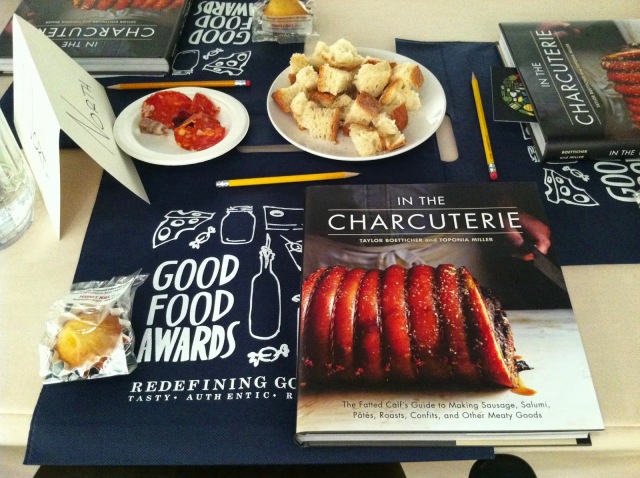 I realized recently how often I had said no to life during graduate school; there were, quite obviously, a lot of opportunities when I would say yes as well, but more often than not, I let my work and my teaching dictate how I spent my time. Then, after procrastinating for hours on the project that I claimed I would diligently work on all afternoon or evening, I would realize that, rather than get the necessary work done, I had squandered a perfectly good opportunity to enjoy myself and maybe meet new people. With these thoughts in the back of my mind, I recently found myself faced with an interesting opportunity when I saw a request from INNA Jam to come and help out at the preserves section of the Good Food Awards (this organization celebrates local and responsibly produced food) in San Francisco this past weekend. While I wish I could say I immediately seized the chance to attend, the truth is that I briefly hesitated, imagining all the ways in which I could have a bad time (madness!) and, as my natural shyness kicked in, lamenting the fact that I would have to attend alone…But then reminded myself of three important things: 1) these opportunities don’t come by every day, 2) I have nothing else going on right now, so what did I have to lose and 3) There’s a little voice in all of us that is always looking for ways to express self-doubt, and it’s best not to let that voice win or nothing would ever happen.

You cannot imagine how happy I was to vanquish that voice. Not only did I meet some interesting people and get to listen to the debates about some of the jams, but I also felt useful and productive, two things that I realized I had been missing lately in my grand job search (fyi: as expected, it’s not that at all grand). There was a lot of work to be done, especially once it was time to sort through the scoring, but it was really interesting work. I feel like I witnessed firsthand the many charms of the food world. All day long there was bartering between the different groups; for example, charcuterie wanted preserves, preserves wanted cheese, cheese wanted shrubs. It was all about balancing the flavors as much as possible. I was so impressed with the largesse of the event; I would turn my back and, before I knew it, beer would appear on the table or chocolate from the next room. There were moments when a few things made their way into my mouth that I immediately regretted, but most things were awfully tasty. Some of the jams sounded otherwordly–Strawberry Amaretto, Bourbon Peach Chocolate, Marionberry (an indigenous blackberry grown in Oregon) Espresso, Strawbanero Poblano, Juneberry (or saskatoons)–and, because I was working with preserves, there were also shrubs, vinegars and syrups. The great thing was that, once my official duties were done, I got to sort through the leftovers–from the duplicates to the jars used in the judging–and choose what I wanted to take home with me. I made off like a bandit and I assure you that I may never have to buy or make jam again, at least until spring. Even better, in a follow-up email with the woman who was running the preserves section, she inquired about my current career and asked if I would meet with her to see if I would be interested in helping her with a project she’s working on. I have no idea what will come of any of this or even what it’s all about, but we’re meeting on Tuesday! Something about this feels serendipitous…

But there’s something to be said for low expectations, for just going about your business and, most importantly, for sending good vibes into the universe. I did this last thing on Monday morning when I baked Melissa Clark’s Blackberry Crumb Muffins as a thank you to my dissertation committee members. I remember first seeing these muffins when I was still in Greece; I was so intrigued by the amount of buttery crumb on each muffin and the addition of allspice that I asked if it would be possible to make them there. As it turned out though, the season for blackberries begins later in Greece than it does in America. Although disappointed, I began to envision making them in Pennsylvania with blackberries from the bushes at the edge of my grandparents’ property. This had been a favorite spot during my youth; my grandfather and I would go and pick the blackberries while grandma would prepare the pie dough (while I’ve occasionally objected to pie, the truth is that pie made with fruit that you’ve picked with your own two hands is the best pie there could ever be). Again, however, my hopes were squashed by seasonality and bad timing. By the time I got to Pennsylvania, the blackberries were long gone and I was too stubborn to buy them from the store. For me, half the fantasy had started to involve the foraging.

The thought of these muffins stayed with me, though. And once I was back in California, there was no hope of stumbling upon a fruit-filled blackberry bush, so I just went to Berkeley Bowl for some urban foraging. Berkeley Bowl never disappoints and, after finding some big, rather luscious-looking blackberries that seemed fit for the occasion, I finally set about making these muffins. Although there were many things I could have baked, I knew that, to two Russian women who aren’t overly fond of sweets, nothing would say thank you like a lightly spiced and crumbly muffin that showcased some of the last of summer’s bounty. Keeping my audience in mind, I even made these a little healthier by using an even mixture of spelt and all-purpose flour and by cutting back a little on both the butter and dark brown sugar in the crumb.

The smell wafting out of the oven as these muffins baked more than made up for the fact that it was too warm and sunny a day to have the oven on for long periods of time. Somewhere in the great book of universal truths, it must be written that nothing trumps the aroma of butter, spices and fruit–that is, besides their taste, especially when they first come out of the oven. The beautiful thing about these muffins was not just their extremely crumbly top; it was the way the blackberries, big and small alike, nestled into the cake batter and, once baked, formed equally jammy and juicy pockets. I should add that, contrary to Melissa Clark’s advice to break the bigger berries into smaller piece, I liked the idea of finding whole berries tucked into the muffins.
I have to confess that, even though they had been baked for the purpose of expressing gratitude, I was sad to part with them. Then again, given how much of the crumbly top remains (no matter how hard I try, I always end up with more crumble than I could ever use) and how Berkeley Bowl is but a mile away, they might soon appear on my table again. Gratitude or no gratitude, there’s always a good reason to bake muffins.
Blackberry Crumb Muffins
adapted from Melissa Clark’s “A Good Appetite”

yields 24 muffins with a lot of crumble to spare

While I already mentioned the changes I made above, I do think that these muffins might have potential for some deeper and more complex flavors. When I make them again–the crumb top included–I might brown the butter before mixing it in with the flour, sugar and spices. I also think that, given the success of the allspice, garam masala might work just as well for a slight Indian twist. If you try any of these suggestions or anything else, I’d love to hear about it.

-Preheat the oven to 350 F and grease or line two muffin tins.
-Make the crumb topping by whisking together the flour, sugars, spices and salt in a medium-sized bowl. Pour in the melted butter and stir with a wooden spoon until crumbs (pea-sized and smaller) appear.
-In a large bowl, cream the butter and sugar together until light and fluffy, about 5 minutes.
-Then, add the eggs one at a time, being sure to scrape down the sides of the bowl after the addition of each egg.
-Mix in the sour cream, vanilla extract and lemon zest.
-Whisk the flours, baking agents and salt together in a small bowl and then add them to the wet mixture. Beat gently until combined, then fold in the berries with a spatula, making sure that the flour has been fully integrated into the mixture.
-Spoon the batter into the muffin cups, adding only enough to fill the cups halfway. Generously sprinkle the crumb mixture on top until the muffin cups are full.
-Bake for 25-30 minutes or until the muffins are golden. A cake tester should have no visible traces of batter on it.
-Remove muffins from muffin tins and place on a wire rack to cool.

4 thoughts on “And a Door Creaks Open”