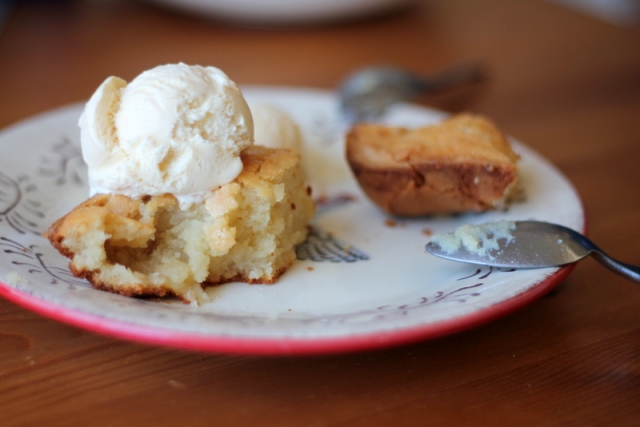 Hello from Dissertation Land! It’s been a while, longer than I expected, but Dissertation Land is a hard place to escape from–even if only temporarily. As one would expect, in these final stages of writing and rewriting, life has taken on a surreal quality. Most days I sit in front of a computer screen for long stretches of time; I eat lunch only when a gnawing hunger overtakes me or my legs start to feel twitchy; as for dinner, it often happens between thoughts–between the contemplation of a possible idea and its actual execution. I truly am a woman possessed. 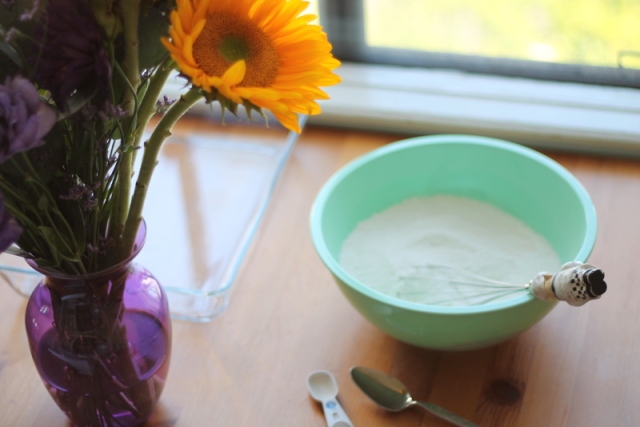 I don’t really know why I suddenly care so much, but I do. While I still hold to the belief that a “done dissertation is a good dissertation,” that doesn’t stop me from sitting in my chair in the library and trying to reformulate my ideas until they seem crystal clear and crisp. In part, I think this urge stems from the experience of revisiting my old interpretations and seeing them with new eyes; since I wrote some of this material over two years ago, change was inevitable. Another part of me thinks that, now that the end really is in sight, I also want to finish on a high note. And, to a certain extent, I think that I am. The final chapter was deemed “excellent” (a word that, let me assure you, has never been used in relation to my dissertation) and the same word was used in response to revisions of the first chapter, i.e. the disastrous chapter that first made my committee wonder if I had enough material to write a whole dissertation. Given the ups and downs, I feel a bit like a pop star who recently survived a media storm; after series of professional flops, it’s like my new album is being viewed as Grammy gold. Despite the silly metaphor, it’s a nice feeling, especially since it means that, should I have a change of professional heart in the near future, I’ve got options. I don’t necessarily see this happening, but if the reception of my recent work is any indication, nothing in this life is a sure thing. Perhaps the key to success is a strange mixture of apathy and obsessive compulsive behavior? Or maybe it’s what happens when you no longer feel pressure and you just start doing the work for yourself? Whatever the cause, it’s working for me. 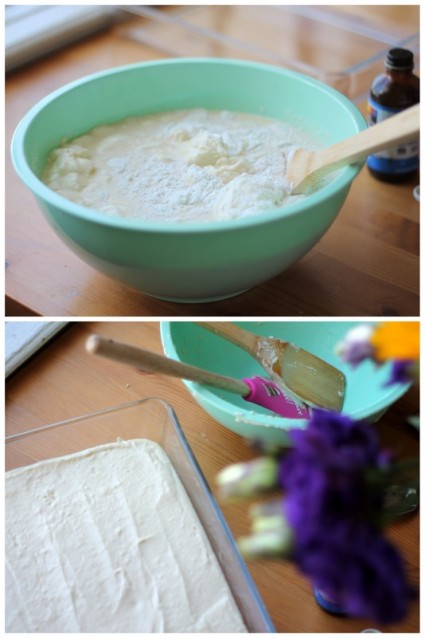 With the dissertation’s end in sight at long last, I’ve realized a lot about how I work. Not only do I need huge swaths of time to sit and mull over a series of carefully selected quotes (without the distraction of teaching; I can do only one thing well at a time), but I also need to read, read, read. I noticed this only recently when I found myself going through old New Yorkers for short stories. In a matter of days, I went through stories by Nicole Krauss, Joyce Carol Oates, Tobias Wolff, Marisa Silver (I’m now dying to read Mary Coin, but that will have to wait) and that’s not even all of them. Somehow the words that these authors have painstakingly crafted in their own weird writing rituals sustain me; it’s gotten to the point that I need to consume words in order to produce them. It’s a small wonder I’ve been generally uninterested in food recently, although this is not to say that food magazines have not been just as important in feeding my word-hungry soul these days.

The most notable example of this is Lucky Peach. I’ll confess that, when I first had to read this magazine (specifically, the Chinatown issue) for the food book club back in January, I wasn’t all that into it. Some of the writing was rich and evocative, but a lot of it struck me as overly masculine and pretentious. It reminded me a lot of the prose of Roberto Bolano–sure of its own cleverness, frenetic in tone and structure and not at all interested in the potential needs or wants of the reader (mind you, I ultimately liked The Savage Detectives; I just didn’t think it lived up to the hype surrounding it.  I suppose I felt the same about LP). But because I’m a person who believes in second chances (and sometimes third and fourth chances, too), I decided to give the Travel Issue a shot. I was intrigued by topics like “Christmas in Sweden,” “a Hawaiian food adventure,” and a glimpse of “Crete in Crisis.” And, for the most part, I haven’t been disappointed. The old things that annoyed me were still there (“Kauai is a place of ravishing, untamed beauty, like nature just shoving her tits in your face…,” 20), but, given the lack of advertisements and the magazine’s willingness to approach food from an angle that most food magazines eschew, I found myself grudgingly respecting both its food journalism and no-nonsense approach to recipes.

Within its pages, I also spied a recipe in the Hawaii article for something that made me sit up a little straighter: Butter Mochi, a golden, buttery cake made of sweet rice flour (mochiko). According to Lucky Peach, although essentially a cake, butter mochi would resemble the texture of my favorite Japanese sweet, mochi, i.e. glutinous rice that is pounded into a stretchy paste, then shaped and/or filled with cream or sweet red beans. While this may not seem all that appetizing, you have to understand that, back when I lived in Japan, mochi was pretty much my dessert of choice: when I went to the local supermarket to pick up lunch, I would spend a good ten minutes deciding which mochi sweet I would try next; when I wanted really good mochi, I could easily hop on the train to Nara and, within 10-15 minutes, be standing in the town square where men would pound the rice before your eyes and sell some of the most heavenly mochi in all of Japan; I even once went to a mochitsuki (mochi-pounding festival) event in my town, where I got to pound some of my very own mochi (it wasn’t as smooth as it could have been, but a lot can be said for having made something yourself). Mochi is the symbol of my nostalgia for Japan, and it’s essentially the thing most out of my reach; while I can make miso soup at home and go to Japanese restaurants for sushi and rice bowls, nobody pounds mochi in the street here. And the mochi ice cream they serve at restaurants, while good, is but a pale imitation of the real thing. But, thanks to Lucky Peach, I suddenly discovered an appealing alternative and had to try it.
It’s not the mochi of my memory, but it’s still got a lot to recommend itself. This mochi is sweet, buttery and gooey, with a hint of coconut. Because of the addition of coconut milk, it strikes me as  more representative of Hawaii than Japan, but this in no way detracts from its appeal. In short, I loved it, although I’ll also admit that it’s an acquired taste. If you’re feeling adventurous though, the recipe really is as easy as can be; you can do everything by hand, dirtying only two bowls and a cake pan. Plus, given the sweet rice flour’s texture, there’s no need to worry about overmixing; it’s a very forgiving recipe. That being said, mochi, both chewy and dense, is not for everybody. It is, however, definitely for me. As I continue my editing this week, I’ll be glad to have some of this tucked away in my bag when the hunger pains start kicking in and I am reluctant to get out of my chair.
Butter Mochi
from Lucky Peach: The Travel Issue
yields 12-15 small pieces, depending on how the mochi is cut
Because this recipe uses few ingredients, I decided to use the best butter possible: Plugra. Good butter will provide the golden hue that makes this cake a stunner.
I think this recipe could be easily adapted; the magazine itself suggests the addition of mango or shredded coconut, but I also think that sweetened red beans or matcha cream would be nice additions. Pineapple, too, would provide a nice touch. As you can see from the top photo, we opted for vanilla ice cream, which made for a wonderful dessert.
4 cups mochiko (sweet rice) flour
3 teaspoons baking powder
3 cups sugar
1/2 cup melted butter, cooled
4 eggs
12 ounces coconut milk
12 ounces evaporated milk
2 teaspoons vanilla extract
-Preheat the oven to 350 F and set out a 9 x 13-inch cake pan (there’s no need to grease it).
-Whisk together the dry ingredients in a large mixing bowl.
-In a separate bowl, whisk together the wet ingredients.
-Once the wet ingredients are mixed well, add them into the dry ingredients, stirring the mixture until well incorporated. There were a few small lumps in my batter, which didn’t affect the finished cake’s texture.
-Pour the batter into the cake pan and bake for 55-60 minutes, or until the top of the cake is golden and browned around the edges.
-Remove from the oven and let cool on a rack for about 10-15 minutes. Then, cut into the mochi while it’s still warm (this is what we did), or let it cool completely to room temperature.
-Cover the mochi with aluminum foil or plastic wrap and refrigerate. Reheat the mochi in the oven or in the microwave to give it that just-baked flavor.