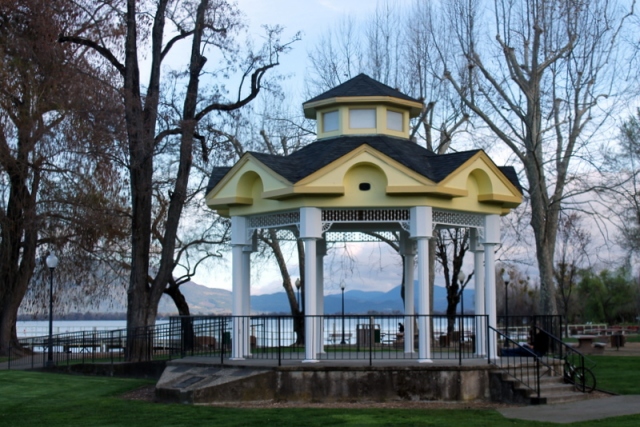 ‘Homesick,’ said Edith finally. ‘Yes.’ But she thought of her little house as if it had existed in another life, another dimension. She thought of it as something to which she might never return. The seasons had changed since she last saw it; she was no longer the person who could sit up in bed in the early morning and let the sun warm her shoulders and the light make her impatient for the day to begin. -Anita Brooker (Hotel du Lac)
Spring break came, it went, it conquered. Besides my ice cream making adventure, the most exciting thing that happened to me in those 9 magical days was that the Greek, the pup and I drove up to Lakeport, California for a few days. Granted,  if you know anything about northern California, you might be somewhat perplexed by my using the word “exciting” in the same sentence as Lakeport, but I would say that it’s important not to be too quick to judge.

Not that I have any room to talk. Upon my first glimpse of Lakeport, I wondered what in the world we were going to manage to do with ourselves for a solid two days; I was so concerned that I even felt the need to voice my concerns to the Greek, asking precisely what the Living Social deal that had taken us there said about our destination. And, truth be told, we really hadn’t done our research, which, while somewhat surprising given our line of work, wasn’t really all that surprising since our primary goal was simply to get away and to leave our research behind. And, first impressions aside,  our time there ended up being nothing short of relaxing, which is exactly what the Spring Break Doctor ordered.

It didn’t hurt that our bed and breakfast, the lovely Rancho de la Fuente, was not only incredibly charming, but that it also provided several amenities that suddenly made it not matter that we were in the middle of nowhere: a beautiful view of Mount Konocti (a volcano!), our own little cottage, hearty breakfasts and, most importantly, a fenced yard in which the pup could run to her heart’s content. Because I’m also a sucker for a good name, the fact that the B&B was located on Soda Bay Road captured my fancy. 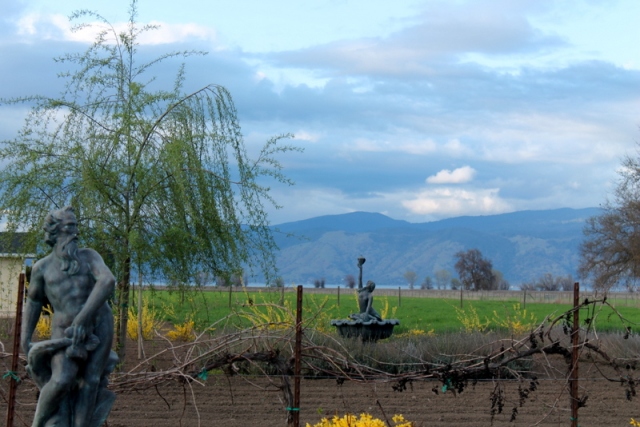 In fact, it was the first time in weeks that I really felt at peace. Suddenly, in this new environment, where I was laptop free and relaxed, I found myself ravenously reading. It was like my mind, without having to think about active participles, verbs of placement and all things Russo-Japanese related, could suddenly get lost in fictional worlds again. Sometimes you don’t realize how much you miss something until you’re in the thick of the thing, making up for lost time and wanting more. In the deep silence of lake country, I finally finished the Iris Murdoch novel, An Accidental Man, that I bought in New Orleans, devoured on the plane back to San Francisco and then promptly forgot about as soon as my feet stepped over the threshold of my apartment. I miss this part of myself; when I finally say adieu to the dissertation, I think this is the thing in which I will rejoice the most: reading for reading’s sake.

Besides my grand reunion with fiction, I took pictures, I hiked and I wore sneakers.

Truly, there were lots and lots of pictures–maybe too many pictures, but I couldn’t help myself. I was captivated by the way the thick wall of fog was dancing over the lake. And I also wanted to capture how stupid I looked with polka-dotted socks, sneakers and hipster-ish short and skinny jeans (yep, no getting around the stupid, but I just don’t know how to dress for a hike; there’s always something wrong in my clothing choices).

After six miles of hiking and one poison oak scare (let’s just say emergency dog shampoo was purchased and the pup underwent her least favorite experience in the cottage’s tiny tiny shower) later, it was time to find food. We decided to go for Italian at Park Place, a quaint downtown restaurant that offers a view of the lake and, best of all, is dog friendly.  The Greek and I shared the Mediterranean Pasta Salad, a Park Place specialty, which featured Lake County walnuts, feta, lots of vegetables and a surprisingly tasty and pink pesto dressing (I inquired about the pink color and it came from pureed red onions, which, given my strong dislike of raw onion slivers on a salad, was a good way of getting the flavor without the usual pain. It may sound hard to believe, but I’ve lost whole days after eating raw red onions). I then opted for something heavy and creamy–tortellini with pesto cream sauce–while the Greek went for another Park Place specialty, the fish and chips. I’m not much of a fish and chips girl, but the batter coating the fish was incredible–almost like a tempura batter. Needless to say, it was the kind of meal you want after a long hike.

Our final day in Lakeport was gray and promised rain, but, before leaving, we decided we had to do three more things: 1) go to one of the Lake County wineries, 2) stop by Watershed Books (my request) and 3) try something at Angelina’s Bakery, which is said to be one of the gems of Lakeport. All three things turned out to be more than worthwhile. The winery had some really interesting offerings (some Writer’s Block Counoise, anybody? I bought a bottle because it would have wrong not to and also because I liked the taste), the bookstore was really cute and full of things that I wanted to read. Riding high on my return to fiction, I bought a few things, but now that I’m back in the real world, life just isn’t the same.

The bakery proved most interesting of all and this isn’t even because of the pastries (and they were good). I started talking to the man who took my order and he mentioned how he was from Chicago. Out of genuine curiosity I asked how somebody from Chicago ended up in Lakeport; he told me that he couldn’t give me the long version since the cafe was rather crowded, but that he would be happy to give me the short version. As he explained it, one day he went looking for a chocolate chip cookie. He tried two or three places before he ended up at Angelina’s Bakery. Then, as he was paying, he dropped some money on the floor and the man behind him returned it to him; grateful for this kindness, he immediately offered to buy the guy’s order, and Angelina, who witnessed the whole exchange, told him that he should give her daughter a call. He told me “the rest was history” and he and his wife now run the bakery. 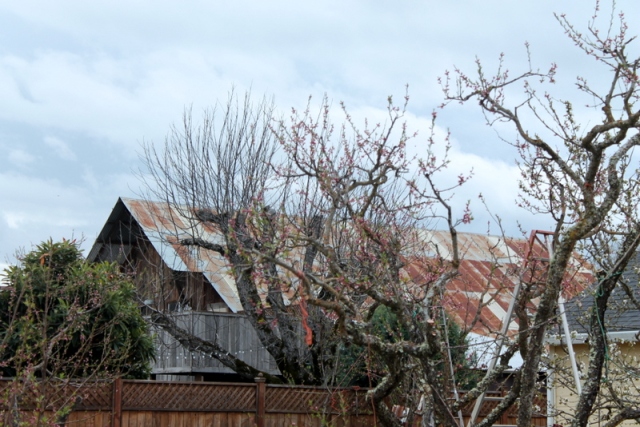 While I know life is never as simple a chain of cause and effect as we would sometimes like to make it out to be, this story nevertheless struck me. It’s the kind of thing that makes you realize that there are various opportunities that we’re confronted with on a daily basis. It’s perhaps cheesy to say that we just have to be ready to take them, but I rather like the thought that the key to one’s future may be hidden within a craving for a classic American cookie–or in a sudden desire for ice cream or a late night grocery run. It reminds you that sometimes the only way forward is to take a chance–and perhaps also to go in search of more chocolate chip cookies.  Fortunately, the two don’t seem to be mutually exclusive.