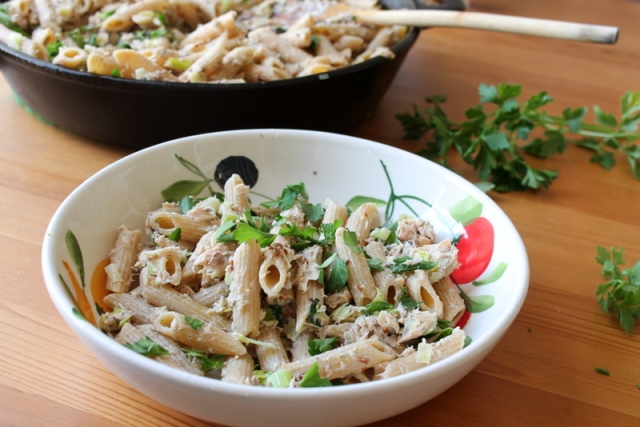 Let your soul be whole or split, let your perception of the world be mystical, realistic, skeptical, or even idealistic (if you are so misfortunate), let the creative devices be impressionistic, realistic, naturalistic, the content lyrical or narrative, let there be mood, impression — whatever you like; only I beg you, be logical — and may I be forgiven this cry from the heart! — logical in the conception, the construction of the work, the syntax. -Mikhail Kuzmin (“On Beautiful Clarity“)
Recently, I found myself looking back at my 13 Goals for 2013, trying to figure out where I was falling short and how I could do better. While that may seem a little extreme considering that New Year’s Resolutions are at best token gestures, complacency has never been my way. And although I had a sneaking suspicion that the year was turning out quite differently from how I had initially envisioned it, I was nevertheless surprised to see how many of these goals had been abandoned.  Some of them never even had much of a chance.

Truth be told, I sincerely tried with some of them. As ill-conceived a plan as it was, I tried to work on Saturdays, but, after first being locked out of my building and needing to be escorted in by a police officer and then, upon having my university I.D. stolen after I returned overdue library books, I decided that this goal needed to go. It was ill-fated by the gods, perhaps retribution for the various overdue library books. Regarding my plan to write two single-spaced pages of my dissertation per day (of my imagined six-day workweek), that was pure madness of the most idealistic kind (I am Kuzmin’s “misfortunate idealist”). My work life might be easier if I were more of a writing machine, but I long ago realized (precisely at the moment when I knew I would be 5’1 and not my ideal height of 5’6) that certain things are simply not meant to be.

Some things, however, remain wholly within our power. I realized that I had been to yoga only once this whole year–on Super Bowl Sunday. That, that I knew I could fix and so I did.  This week I went to an evening class and stretched, sweat and felt more at peace than I had since the semester had begun. The only moment when I was transported out of the “yoga zone” was when we were doing an exercise with our wrists and, irony of ironies, the instructor looked at me and remarked that my wrists looked tight. I told her that I typed for a living…and then I started imagining what professions in this day and age would lead to untight, happy, relaxed wrists? Bread baker? Construction worker? Musician? And before recalling  that I was supposed to be living in the moment and not engaging with any form of self-doubt or self-questioning, I fantasized about life–a goat farm or sweet potato farm in Greece?–in which the condition of my wrists might be considered more of a priority than my word count.
That wasn’t the only goal I could easily rectify either. At the beginning of the year, I was excited at the thought of sharing more of my recipes with you–things that I myself had dreamed up in my little flowered notebook of tricks, things that I make all the time for me and the Greek. I realized that, even though I’ve been doing plenty of experimentation, few of my recipes were making it to the blog…Partly this is because it’s been too dark to photograph a lot of the dishes I’ve been making (they live and breathe in my Instagram feed, but I rarely use Instagram photos for a recipe post) and partly, given my time constraints, it’s just been easier to cook from either my various cookbooks or the various food blogs that I religiously read. Well, no more, or at least not today.

Today I offer you a rendition of the first hot meal I had when I landed in Helsinki over a year ago. It was at the hip Cafe Bar 9, where, practically starving, I ordered a hearty meal of penne with salmon, parsley and chives in a mustard cream sauce. I remember eating the whole plate and feeling slightly appalled by my appetite, but not at all regretful. My stomach was happy and I was at last both sated and warm, so I was happy. I loved the cleanness of the meal–the way the tangy and slightly spicy Dijon mustard worked with the cream,  the pink and green colors of the meal, the fresh bite of the herbs and chives.
After I got back to California last year, I set about recreating it in my own kitchen and I’ve now made it many, many times. I’ll confess that I use either a can or a packet of good-quality packed wild salmon (salmon is expensive for mere graduate students and, although we do splurge occasionally on fillets, I’ve found that for this pasta dish, the canned stuff is both easier and works just as well. This meal, after all, is meant to be an easy weeknight supper). Although I will give you a recipe below, I just want to stress that there’s no one way that I make this dish.  Sometimes I add a teaspoon of rinsed and chopped capers for extra flavor; sometimes I use leeks instead of spring onions (it depends on the season, really); I’ve occasionally added a splash of white wine to the sauteing leeks or spring onions. I’ve made it with both fresh and dried dill (I prefer the fresh, but the dried still gives it that crisp dill flavor). I’ve yet to try it with smoked salmon, which I think would make a nice substitute for either canned or grilled fish. And sometimes I just want to add a little more cream; with this pasta, there is room for either decadence or austerity. On that note, I also like to make it with whole wheat penne, but plain old penne works just as well.
In short, there are many ways to make this quintessentially Finnish pasta dish your own. The only non-negotiables are that it must be a Dijon mustard cream sauce, that there will be plenty of parsley and that there will be some kind of salmon. With these ingredients, you can easily channel Helsinki in your kitchen.
Finnish-Style Pasta with Salmon and a Dijon-Mustard Cream Sauce
Yields about 4-5 hearty servings
1 pound whole-wheat penne
1/2 cup roughly chopped fresh parsley + additional for the garnish
1 heaping teaspoon dried dill (1 tablespoon fresh dill, roughly chopped)
1/3 cup heavy cream
2-3 tablespoons whole-grain Dijon mustard
1/4 – 1/2 teaspoon kosher salt (adjust to taste)
1/4 teaspoon freshly ground black pepper or pink peppercorn/grains of paradise medley
1 leek, white parts only, finely chopped

1/4 cup reserved cooking liquid from the pasta
more pepper and salt, if needed
-In a large pot, bring adequately salted water to a boil and then cook the pasta according to the package’s instructions.
-As the pasta cooks, whisk together the heavy cream, Dijon mustard, salt, pepper, dill and a handful of the chopped parsley in a small bowl or large measuring cup. Set aside.
-In a large skillet, preferably cast iron, melt the tablespoon of butter over medium heat and, once  sizzling, add the leek and cook until softened (about 4-5 minutes). Then, turn off the heat.
-Drain the cooked pasta, reserving at least 1/4 cup of the liquid. Shake the colander a few times and then set aside.
-As the pasta finishes draining, add the salmon and cream sauce to the cast-iron skillet and bring to a light boil.
-Add the drained pasta and the reserved pasta liquid and stir over low heat for a few minutes.
-Adjust for seasoning and mix in all but a small handful of the remaining parsley.
-Serve the pasta, sprinkling the remaining parsley on top. Enjoy!

6 thoughts on “Finland, Through a Simple Pasta”