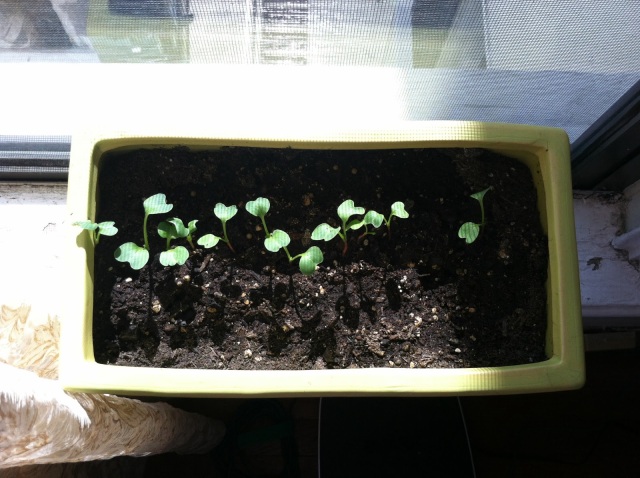 Although the facts of time and place have receded into legend, like many historical records of the birth of Modernism, it is certain that a packet of Japanese prints arrived in Paris around 1860 and instantly created a widening wave of amazement, incredulity, and exhilaration. The shock of encounter was so great, and the moment so crucial, that fifty years later painters and writers were still disputing its lore. The most persistent legend has it that japonisme was born in a Paris engraver’s studio in the Spring of 1856, when Felix Bracquemond opened a crate of ceramics from the Far East, only to discover that they were wrapped in a sheaf of Hokusai prints. Astonished and exultant, he immediately showed them off to his friends…. -Jan Hokenson (Japan, France and East-West Aesthetics)
This past week has been full of work.  After many, many months of thinking about it and dreading doing it, I (finally!) submitted the third chapter of my dissertation. (brief cheer from the crowds!) Then, about two days later, I received feedback on this chapter (gloomy music), which means, to a certain degree, that I’m again working on it–at least peripherally. Academic writing is the eternal return of comments, ideas and revisions. For now, however, I’ve set it aside; it’s full speed ahead on the fourth chapter, which is how I came to read the above quote in a really a lovely and informative scholarly book….And, truly, I can’t say that about all that many of them. This book, however, at times reads like a pleasurable novel and I could really use a little more of those in my life these days.
I also found myself and my Russian class observed this week by the head of the teaching committee, which was more than a little stressful. I’ve never liked these observations because, to me, they seem so fake; a bad or a good class, it’s nothing but a glimpse of a learning process that takes place daily. Of course, some classes are better than others and some are definitely worse; fortunately, this one seemed like a good one, but I’m not expecting feedback anytime soon. In short, the academic world continues to move at the pace of a snail.
But before this seems like a complaint, let me stress that, for me, this slowness has been only a good thing this past week. After the chapter and the observation, I was spent. The only things I had energy for were cooking, reading and watching things–various things on TV and Side Effects, the clever, film-noir-meets-modern-medicine drama starring Rooney Mara and Jude Law (it’s definitely worth a trip to the movies). Besides these things that deviated a bit from the norm, I watered my radishes, one of my Valentine’s Day gifts from the Greek (look how quickly they’re growing! This process of growing things in your own home is exciting!), diligently attended obedience school with the Greek and the puppy and dreamed of sleeping in on Saturday, which oh so miraculously I did. The exciting times of a graduate student/puppy mama, right? 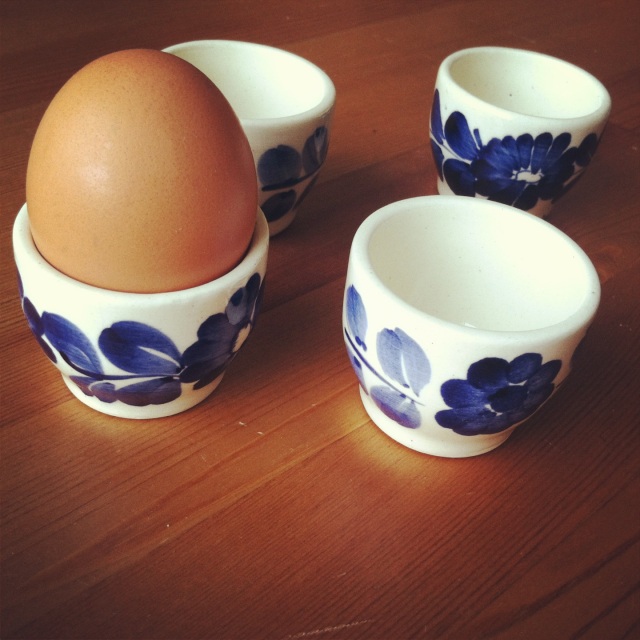 I would argue that there has been excitement; it’s just taken unexpected and perhaps unorthodox forms. For example:
I bought egg cups on Etsy! They were pretty and blue and Polish. In my opinion, the Poles know their ceramics.
When I tell you that Borgen may be one of the best and most compelling television shows I’ve watched in a long time, believe me and check it out on LinkTV. Maybe Danish politics shouldn’t be made to seem this exciting, but the acting is top notch and I’m really taken with the performance of the actress who plays Birgitte Nyborg. Call this the continuation of my Scandinavian obsession or consider it just my love for quality TV; whatever it is, it makes me want to know more about Denmark as a whole.
An article about the capitalist battle for the the American stomach and a palate; in other words, pretty scary stuff. Incidentally, it didn’t stop me from buying donuts. 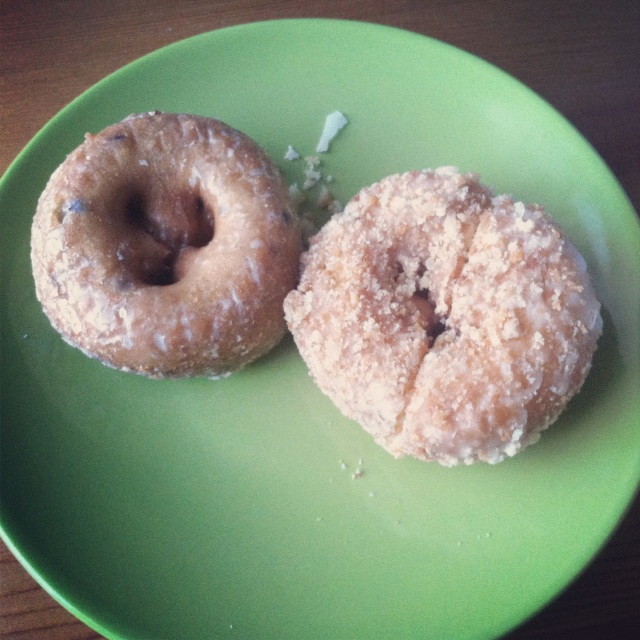 I’m still obsessed with popovers and really like the sound of adding some oats.
I too have been thinking a lot about the potential of a simple pot of beans. First, there was this inspiring piece and then this.
I’ve been avidly following the Piglet Tournament of Cookbooks on Food52 and I’ve become intrigued by several of the books that seem(ed) to be dominating the competition, A Girl and Her Pig, Burma and Asian Tofu, not to mention Japanese Farm Food (which always appealed to me, given my great love of Nihon). But to keep my goal of buying no more cookbooks until the monstrous dissertation is filed, I’ve turned to the public library to save both my bookshelves and my wallet. I have no idea when these books will appear, but it will definitely be fun to look through them. I can’t wait to see what the fuss is all about.
This weekend I saw a local production of Lucia di Lammermoor with the Greek and a friend and, let me just say, there’s something about an opera set in the Scottish Highlands that gives you a good case of the chills…and in a completely good way. Doubly exciting was that I had found a good Japanese restaurant not far from where the opera was being performed, which served okonomiyaki, i.e. one of the things I miss most about Japan.

I went to my second meeting of the “Foodie Book Club” today and it was a lot of fun–largely because it’s nice to get to meet new people, but also because the reading material is itself pretty eclectic. It exposes me to books I might otherwise never have picked up; this week’s reading material was Yes, Chef by Marcus Samuelsson, owner of Harlem’s Red Rooster. I couldn’t help but feel that the life of a chef must not be all that different from the life of a graduate student (recently, I’ve heard that this is the kind of work only intense personalities can thrive on) based on Samuelsson’s descriptions: ““Your time, your ego, your relationships, your social life, they are all sacrificed. It’s a daily dose of humility.”
And, on that note, back to my own daily dose of humility. Russian homework awaits.
Before the end of February, hopefully I’ll be back with pancakes. Stay tuned.

8 thoughts on “Slow and Steady”