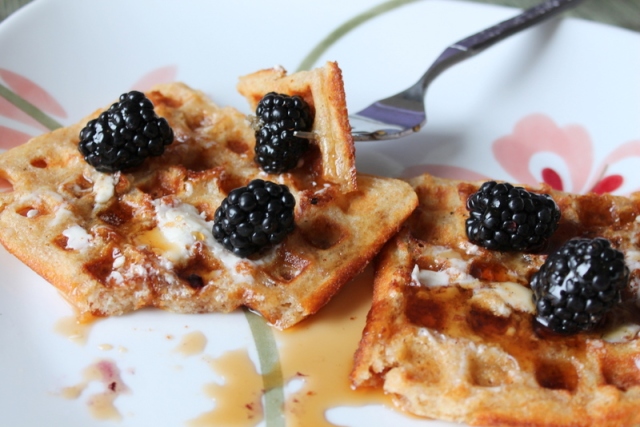 “I was sad all day, and why not. There I was, books piled on both sides of the table, paper stacked up, words falling off my tongue.
The robins had been a long time singing, and now it was beginning to rain.
What are we sure of? Happiness isn’t a town on a map, or an early arrival, or a job well done, but good work ongoing. Which is not likely to be the trifling around with a poem.
Then it began raining hard, and the flowers in the yard were full of lively fragrance.
You have had days like this, no doubt. And wasn’t it wonderful, finally, to leave the room? Ah, what a moment!
As for myself, I swung the door open. And there was the wordless, singing world. And I ran for my life.” -Mary Oliver (Work, Sometimes)

Ever since my friend posted this poem on her lovely and thoughtful blog, I’ve had the image of an open door and a mad sprint to the “other side” playing over and over again in my mind. In the world beyond the door, there is sunshine and there are books, a stove, chocolate, ice cream, peanut butter, some carrots, blood oranges and greens (for both health and good measure)…and waffles. Waffles for breakfast everyday. This, my friends, is the image that I hold in my mind of a life that is free and good: dripping batter, a steaming waffle maker and crunchy golden waffles on my plate. I don’t know why this has become the symbol of my ideal life, but I think it has to do with the slow days I would spend at my grandma’s house in the summer when I was growing up. I would read until 2 or 3 in the morning, wake up late and immediately put waffles–Eggo, aka LeggomyEggo, but of course–in the toaster oven to take the edge off of my gnawing hunger. 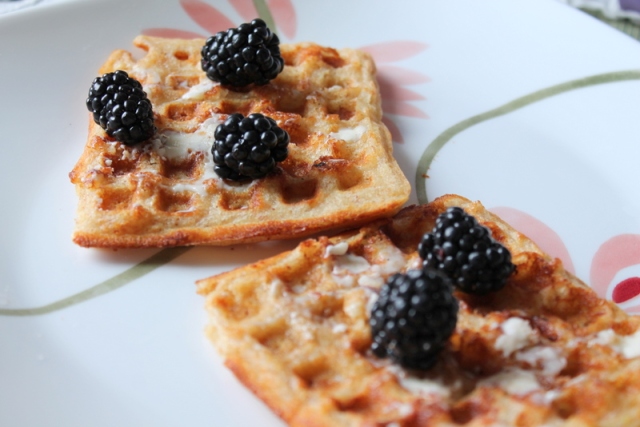 It kind of goes without saying that, since my teenage years, I’ve graduated from the toaster oven to a waffle iron, but my love for waffles has in no way diminished. It’s just that now, because I go the route of making them myself instead of relying on good old Eggo, they’ve become more of a rarity. And, after a recent waffle-making Sunday in the calm before the semester storm falls upon me (tomorrow comes the storm!), I was telling a friend that I see the post-dissertation life as waffles for breakfast everyday. Both she and her sister laughed and even I have to admit that, as far as fantasies go, it’s kind of funny. Perhaps I should aim higher and just go hang out on a beach in Hawaii. Or, as an old friend used to say when the stress of college would become too much, go and sell vegetables in Corfu. Or perhaps I should just be more realistic–yes, even in my fantasy land–because, truly, what kind of life in this day and age allows for the luxury of making waffles on a weekday? 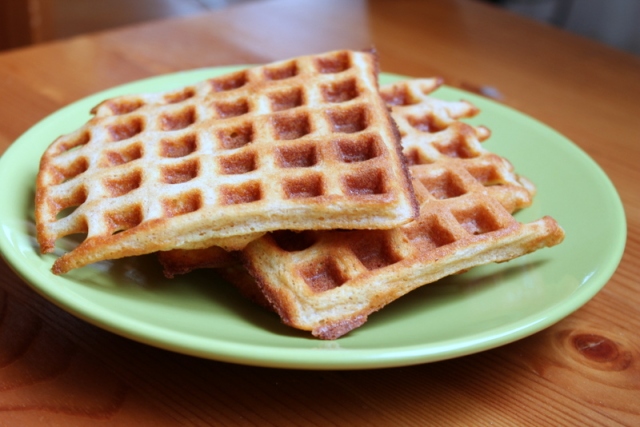 But if it turns out that such a job exists, you better believe I’m determined to find it. Granted, this fantasy is still (incredibly, unbearably, sadly) far off in the future, but it really is one of the only things that keeps me going. And, although I’ve made and had many waffles in my day, my waffle of choice (at least currently, although I find it hard to believe that its appeal will fade) is the no-nonsense Whole Wheat Buttermilk Waffle from Marion Cunningham‘s simple and elegant ode to the most important meal of the day, The Breakfast Book. It’s the book in which I found my favorite cornbread recipe and it’s a book that, much to my eternal glee, offers a list of manners that fall under “Breakfast Table Civility and Deportment.” My favorite is rule 13, which I see as words to live by: “Don’t answer questions in a saucy manner.” Between these rules and the perfectly-textured and slightly tart waffle recipe I’m about to give you, believe me when I say that it’s a book worth owning if you, like me, long for a little more time to linger over the promise that each morning holds.
P.S. It’s been a while since I’ve done one of my “Notes from the Underground” posts; I just wanted to say that, due to the time constraints of this semester, I’ll be doing them on a monthly, instead of a weekly, basis. I have lots of fun things to report about January, from pasta to chocolate making, so stay tuned!

Instead of using the suggested 3/4 cup melted butter in the batter, we used 3/4 cup coconut oil instead. I should note that this was not for health reasons; this was due to not having enough butter to make the recipe as written. Cunningham warns that the batter might be too thick (it should “flow from the spoon, not plop” and suggests adding an additional 1/4 cup milk to thin it out if it is. I found, however, that the consistency of the batter, thanks to the coconut oil, was thin enough to skip this step. If you opt to make it with butter, I just wanted you to be aware of the potential need for milk.

-In a medium-sized bowl, whisk together the flours, baking powder, baking soda, salt and sugar.
-In a large bowl, beat the eggs until well blended and slightly frothy and then stir in the buttermilk and coconut oil.
-Add the flour mixture to the wet ingredients and stir with a wooden spoon until the flour is incorporated. **If the batter seems too thick at this stage (I didn’t run into this problem), add 1/4 cup milk to thin it out.
-Pour batter (about 1/2 cup batter per waffle, at least according to my waffle iron’s size) into the waffle iron, shut the lid tightly and bake until crisp and golden (about 4-5 minutes per batch).
-Serve hot and with maple syrup, butter and fresh fruit.

8 thoughts on “A Simple Wish for Waffles”