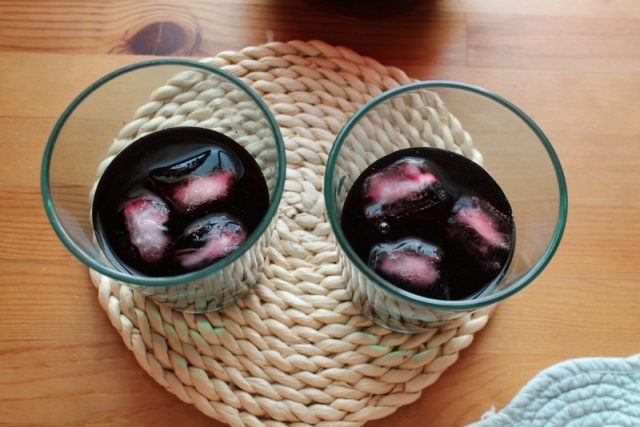 In May they had finally made up their minds to go. But summer came and went as usual, with preparations for winter, the cooking of preserves, the bottling of apples, pears and cherries.
By the end of August they wrote to say it was too late again. They were still stuck at home, too old to feel like moving. -Dezso Kosztolanyi (Skylark)
There is simply never enough time during the summer. It doesn’t matter how much you enjoy yourself, how many great places you visit or nice evenings out that you have, it passes by much too quickly. Even though I know that, as an academic, I’m really lucky–my vacation starts in mid-May and ends in late August–that doesn’t mean that it’s any easier to say goodbye to my loss of freedom when the beginning of a new semester rolls around (and, really, when your work is largely in your head, it’s always with you. Even when on vacation, which can sometimes make May through August seem like one huge guilt trip rather than the carefree time it should be). This lack of readiness for summer to be over has been uppermost in my mind this week. I didn’t feel ready to go back into the classroom–as either teacher or student. I didn’t feel ready for the beginning of what is supposed to be my last year of graduate school. But I’ve often found that life doesn’t care if you’re ready. Time moves forward and you have no choice but to move with it.

And, believe me, I’ve been moving. There have been many things to prepare: course readers, a new syllabus, first day documents, the article that I’ve been lagging behind on all summer and, even more importantly, the puppy. This is the first time since we got her that she’s had to be left alone and, even though she’s just a dog (just a dog–these are almost laughable words considering how she’s wormed her way into our hearts), it’s painful to leave her when she desperately wails from within the confines of her crate. Given the way the Greek and I look at each other when we do, I shudder to think what will happen if there’s ever a real child who will attend nursery school, kindergarten, summer camp, college…

In the midst of all of this activity, there was also the dream of a few more elaborate dinners before the craziness of the semester and the reality of my packed dissertation writing schedule settled in. Last Saturday I got my wish when the Greek and Elektra were napping on the couch. Inspired by the recent experiments of a friend and also the Saveur Mexico issue that I’ve been devouring in my few minutes of not chasing after the puppy, I decided that nothing said “let’s celebrate in grand style” like Mexican food. 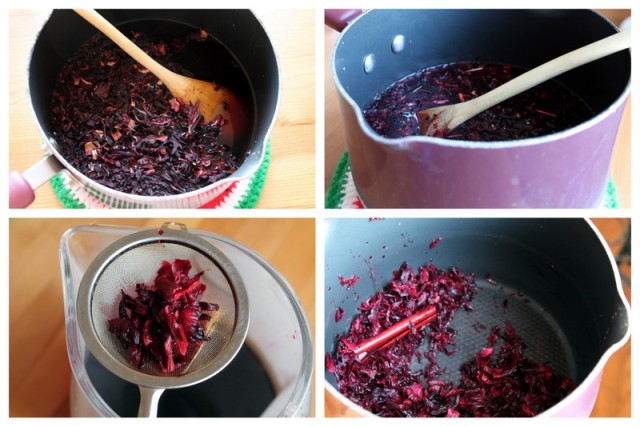 Again craving meat, I went to the butcher and got several pounds of fatty pork shoulder. All I could think was carnitas. I can’t say what’s come over me recently with this newfound meat obsession, but the thought of slowly simmering bits of pork in water and salt and then letting them cook in their own drippings seemed like the best use of a Saturday evening. Diana Kennedy’s recipe, which I found on Food52, was both simple and foolproof. Her suggestion to serve the pork with salsa cruda and guacamole was equally sound advice.

But it took a while to get to that stage. Although few ingredients go into the preparation of carnitas and you don’t want to make either your guacamole or your salsa too early (the goal is fresh and crisp ingredients), the meat has to be cooked ever so slowly so that it doesn’t fall apart. What I took from this low maintenance meal that barely required my attention (at least in the beginning) was the need to make a festive and fruity drink to accompany it. The obvious choice seemed Agua de Jamaica (pronounced ha-my-kah), a hibiscus drink popular in Mexico that is both sweet and slightly sour. Not only is its taste the height of refreshing, but its color is a vibrant shade–a cross between magenta and purple. With the fragrant combination of cinnamon, allspice and the dried hibiscus flowers, it turned out to be the perfect thing to sip as the meat reached its ideal texture.

All in all, it was a lovely evening and a nice pre-semester treat. It also served as an important reminder that, even though summer vacation will (and, as of yesterday morning, did) end,  there will always be occasions for calming culinary interludes. Remnants of summer can always be found in a cup.
Agua de Jamaica
Yields 5 cups of summer
Adapted from Saveur’s Mexico issue
This recipe used up all of the dried hibiscus that I greedily stocked up on in Istanbul, but I can promise you that it went to a good cause. While the original recipe called for 2 ounces, I fell short by a few tenths of an ounce; fortunately, this didn’t affect the hibiscus flavor at all. I imagine the flavor would be only more intense and floral the more you added.
Also, the original called for 1 1/2 cups of sugar, which, although it would be mixed with 5 cups of water, simply seemed like a lot to me. I decided to substitute agave nectar (the amber variety) instead. For every cup of sugar, you should substitute 2/3 cup agave and I decided to use only that, eliminating that extra 1/2 cup sugar.
The thing I regret the most about making this is that I lacked canela (Mexican soft cinnamon), which is supposed to be sweeter and less spicy than what we know as cinnamon (i.e. cassia. You can read about the differences here). This time around I went with the latter, but I’m looking forward to making this again with the real deal.
5 cups water
2/3 cup agave nectar
about 2 ounces of dried hibiscus flowers (I used precisely 1.6 and the flavor was just right; I imagine much less than this might lead to a less fragrant drink)
1 cinnamon stick (preferably canela, although cassia works too)
3 allspice berries
-In a large pot, combine 5 cups of water and 2/3 cup agave nectar and then bring to a boil.
-Stir to make sure that the agave and water have been mixed together.
-Remove from heat and stir in the dried hibiscus, cinnamon stick and allspice berries.
-Cover the pot and let it sit for an hour.
-Using a strainer, pour the Agua de Jamaica into a large pitcher (at this stage, be careful not to spill; hibiscus stains!) and then discard the solids.
-Refrigerate the agua for 2 hours or until chilled (personally, I couldn’t resist waiting, so I poured it into a glass and added a few ice cubes).
-Serve with ice cubes and enjoy, preferably with carnitas or some other Mexican treat.

5 thoughts on “On a Hibiscus High”