Historical fact: people stopped being human in 1913. That was the year Henry Ford put his cars on rollers and made his workers adopt the speed of the assembly line. At first, workers rebelled. They quite in droves, unable to adopt the speed of the age. Since then, however, the adaptation has been passed down: we’ve all inherited it to some degree, so that we plug right into joysticks and remotes, to repetitive motions of a hundred kinds.
-Jeffrey Eugenides (Middlesex)

It’s taken me about two and a half days to actually write this post. To a certain extent, I suppose you could say that my assembly line has temporarily come to a stop. It’s weird. When I stepped off the plane at SFO (the above shot was taken about 45 minutes before we landed and all electronic devices had to be turned off; the skyline was particularly striking at that moment), I was a ball of energy, full of goals and ambitious work plans. Revising my paper was my top priority, although I was also somewhat distracted by my rather spontaneous desire to clean out my closet. What can I say? Objects in motion tend to stay in motion and, after NYC, the South and what some might call the midwest (I respectively disagree), I guess I just wasn’t ready to stop. That is, until, as Newton’s laws of motion predict could happen, an external force got in the way of things. Just call it the oh so diabolical common cold. The kind of thing that, especially in the summer, seems like the saddest thing in the world. Even if you have somebody who’s more than happy to make you comforting lemon chicken soup.

The agitation of not being able to breathe almost makes me want to rewind time and, despite the joys of being back in my own space and seeing friends again, pause on Pennsylvania, where the days were simple, breathing was possible and the sun made its proper summer appearance instead of hiding behind a shield of fog. Did I mention that that’s also where the world’s cutest dachshund just so happens to live? 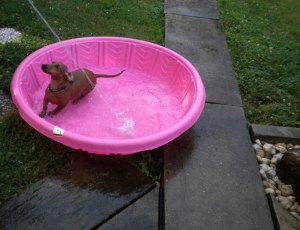 While the loss of my best canine friend is quite sad, there were things that needed to be done. Things that, even in light of the common cold and sounding and feeling like an elephant had taken residence in my nostrils, just couldn’t wait any longer. Mainly, the renewal of my driver’s license! And I can’t even complain that much about the horrors of the DMV. Somehow, I made it out of there in 25 minutes. The Greek and I had even managed to have a nice breakfast at Bakesale Betty beforehand. Ginger pear scones go a long way to making the unpalatable palatable. 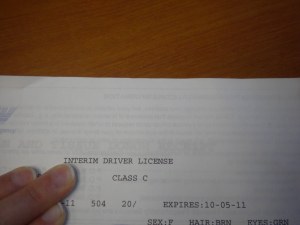 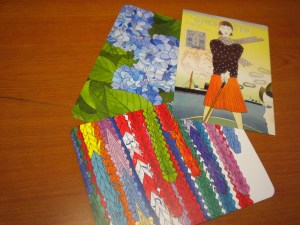 Guess who’s keeping the tissue companies in business these days? The cold medicine companies should thank me, too!

Fortunately for me, when I made this red lentil soup (a shining example of Melissa Clark’s culinary genius) back in late April, I decided to do an experiment and freeze some of it for a rainy day. Upon feeling the first sensation of scratchiness in the back of my throat, I got it out, defrosted it in a big pot and marveled at how good and fresh it still tasted (I act as if the freezer is the enemy!). After the DMV and in between appointments, I was rushing to eat lunch and, to make matters worse, I dropped my cell phone in the container of leftover soup!! Though you’d never believe it, luck must have been on my side because, the phone is still working…even if the soup was rendered inedible (think of how many times you drop your cell phone and ask yourself if you really want it floating in your soup?). Let’s not even talk about how, in trying to clean out the lentils, I almost fell down the stairs. Just call me Calamity Jane. I took a photo as a cautionary tale.

The day drastically improved, however, once I began arranging a present for a friend who had had her birthday while I was on the east coast. Birthdays, even if celebrated belatedly, should be fun, colorful and contain some secret surprise. Beautiful packaging doesn’t hurt, either. 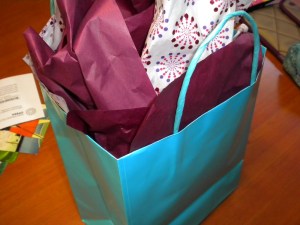 Our meeting place was a cute new ice cream place on Solano, IScream, whose name pretty much encapsulates my own sentiment on the topic. The store is very elegant and simple, just like the flavors on offer. I was excited to order blueberry and doubly excited to discover that the rich taste could still be enjoyed by my waning senses. The ice cream was like a bowl of blueberries and rich cream; based on the softness of the ice cream, I think it’s Philadelphia-style instead of French-style. I do enjoy me some egg-less ice cream. 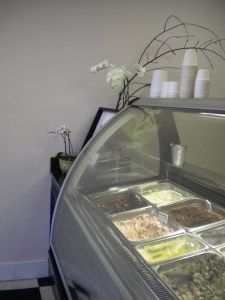 But after the ice cream fun and the very busy day, I was more than happy to return to my clean and humble abode, where the leftovers of this lemon chicken soup were waiting for me. The day before the Greek, upon hearing that I was sick, had kindly offered to come over with the essential ingredients and, even better, to make it for me. So, while the chicken boiled and the broth came into its own, we combined soothing and lemony Greek cure-alls with the best of American aimlessness by watching The Graduate. Between the comfort of chicken soup and the strange steaminess of Anne Bancroft’s seduction of a young (and cute!) Dustin Hoffman, I automatically felt better…something even resembling normal. Both Hollywood and chicken soup will do that to you; too bad it’s a fleeting sensation.

I should mention that, as much as I love this soup, each time I have it, I contemplate adding either carrots, spinach or onions to the broth. According to custom, only carrots and onions are technically allowed, but I can’t help but think that spinach and lemons mix well together. Or maybe some kale. Maybe I just long to add something green to everything. In any case, should you decide to make this (summer cold or no summer cold), feel free to experiment with the flavor. Otherwise, it’s a minimalist chef’s dream come true with a rich taste that can easily hold its own.

-Remove and discard the skin from the chicken (according to Vefa, this removes the majority of the fat).
-Rinse the chicken under cold running water, then put it in a large pan and pour in water to cover.
-Bring to a boil over low heat.
-Season with salt and pepper and cover.
-Summer for about 40-45 minutes, or until the chicken is tender.
-Remove the chicken and set aside to cool.
-Bring the stock back to a boil, add the rice and stir.
-Cover, reduce heat and simmer for about 20 minutes, or until the rice is tender.
-Meanwhile, beat the eggs in a bowl with the lemon juice.
-Slowly beat in a ladelful of the hot soup, then stir the mixture into the soup.
-At this stage, you can start shredding some chicken to be added back into the soup.
-Remove the pan from the heat.
-Sprinkle with more pepper and salt.
-Add in the shredded chicken.
-Taste the soup and adjust the flavors: add more lemon juice if necessary, more salt, pepper, etc.

2 thoughts on “Random Scenes from Summer and Lemon Chicken Soup”