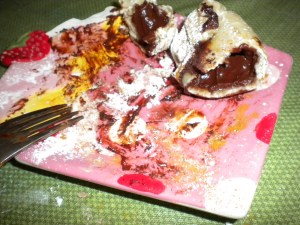 All over the island there was a burgeoning of graffiti that took merry or malicious advantage of the the fact that the Italians could not decipher the Cyrillic (Greek) script. They mistook Rs for Ps, did not know that Gs can look like Ys or inverted Ls, had no idea what the triangle was, thought that an E was an H, construed theta as a kind of O, did not appreciate that the letter in the shape of a tent was the same as the one that looked like an inverted Y, were baffled by the three horizontal strokes that could also be written as a squiggle, knew from mathematics that pi meant 22 divided by 7, were unaware that E the wrong way around was an S, that the Y could also be written as a V and was in fact an E…..
-Louis de Bernieres (Corelli’s Mandolin)

Before beginning, I would just like to say that both good health and a working modem can have a dramatic effect on one’s mood. That minor preamble aside, I’d now like to tell you about the promised pies. 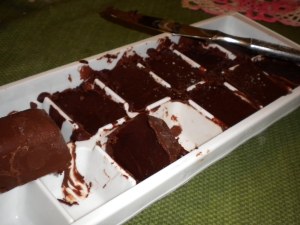 The need to make these pies first manifested itself one day when I received an email from the Greek, wanting to know if I could decipher the Greek text of a link he was sending me. He called it my first challenge. A part of me sighed heavily because, as odd as this little confession might seem given that I’m obviously fluent in Russian, I find Greek to be fairly difficult. When trying to decipher it (this was not really my “first” challenge), I always invariably make a mistake and what seems to me to be a silly one. It was already hard enough the first time I studied a Cyrillic alphabet and had to learn that what looked like an H was actually an N and what was, to my English speaking brain a P was actually an R. To this day, I can’t even type using a phonetic Russian keyboard (I use the standard) because I like to keep the two separate in my mind: English p is p; it can’t, at least for me, be the Russian r. 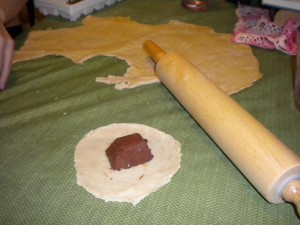 But, despite this internal sigh, I also would really like to know Greek because, as I’ve learned through studying other languages, it’s not just about communication. It’s about having a completely new cultural system made available to you: cultural references, idiomatic expressions that demonstrate how people think, pop cultural know-how, recipes and traditions. It’s purely a matter of cultural literacy, a trend that has begun playing a huge role in language pedagogy. And, when you become close with somebody from another country and culture, you can’t help but want to know these things. For the Greek, I have opened up a world of egg sandwiches, fruit crumbles and Zoolander, not to mention dear Sologub; for me, it’s been a process of understanding Balkan nationalism (or, as I like to call it, fascism), cleaning spinach like it’s going out of style, coming to terms with the hegemony of tomato paste in the kitchen and learning to pronounce long names and words that make Russian look like the easiest language ever. It’s obviously worth it…and a lot of fun. 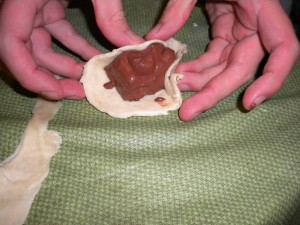 So, I opened the link and was amazed that, yes, I could get the gist of it. Recipes are also a bit easier since you can decipher solid vs. liquid ingredients based on grams vs. milliliters; to a certain extent, reading this was kind of like guess-work, aided by my culinary cultural literacy and, I’m not ashamed to say, the picture. What did my eyes tell me? Hot (Zesty, but as in temperature, not spice level) Chocolate Pies with Cinnamon. Was I sold? You’d better believe it.

After returning from Half Moon Bay, we finally got around to making them. I can’t say it was a complete success because I live in the world of measuring cups, not grams (I have yet to purchase my kitchen scale). Thus, I think we added too much flour, which made the dough slightly tough. I will say that I don’t think this detracted too much from their taste; with melted chunks of chocolate wrapped in a dough flavored slightly by salt and olive oil (itself a novelty, at least in dough, to the American palate) and a topping of cinnamon and powdered sugar (a Greek staple, it would seem), you can’t really go wrong. They will taste delicious no matter what. And, as you can see, our mini dumpling-esque pies were slightly aesthetically challenged, but, you know what, you can’t do everything perfectly and sometimes the appetite trumps the eye. It was also so much fun to melt and freeze the chocolate in an ice-cube holder because it very much reminded me of the chocolates I used to buy at the little mom and pop store around the corner from our house in Pennsylvania; these chocolates were called “Ice Cubes” and were 10 cents a piece (gosh, that makes me sound old; what can you get for 10 cents these days? Nothing!)!!

Eating these pies, I couldn’t help but think that, in a lot of ways, food really can function like the ultimate walk down both memory and cultural lane…. 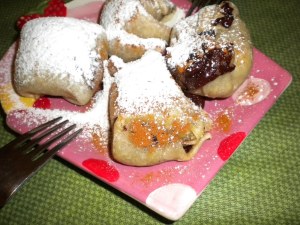 For serving:
powdered sugar and cinnamon

Filling:
– In a small saucepan heat the cream.
-Once it comes to a boil, pour in the chocolate and stir until the mixture is smooth.
-Then pour into an ice cube mold and place in the freezer until frozen.

Dough:
-Combine all ingredients in a bowl and work until a dough forms (you may or may not have to add more olive oil and/or water, depending on how much flour you add; ideally, the dough should be only slightly sticky and moist).
– Let rest for 10-15 minutes and then roll out to a thickness of 3-4 mm.
-With the help of a cup, cut the dough into disks (the chocolate cubes must be folded into the dough, so give yourselves enough room).

Assembly:
-Preheat oven to 170 ° C (340 F).
-Place an ice cube of chocolate in the center of each disc and fold into crescent pressing the edges to stick.
-Place the pan in sokolatopitakia (or cookie sheet) lined with parchment paper and bake about 25 minutes, or until golden brown.
-Sprinkle with powdered sugar and cinnamon.
-Serve warm.