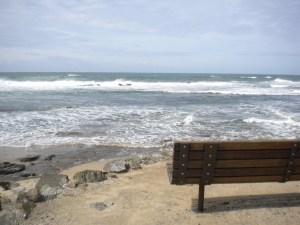 George Seferis never completed that thought; in fact, it seems just to be a passing impression from his diplomatic travels throughout the Middle East in the mid-1950s. But yesterday, for some reason or another, his words really grabbed me. Maybe it was the fact that I’m currently in the middle of my spring break (sadly, it’s rapidly coming to a close!) and have been enjoying the distance from campus, work and the typical concerns that plague us all on a daily basis. A vacation, after all, wouldn’t be a vacation if it didn’t give you a newfound perspective on things and, ultimately, allow you to return to the daily grind with a sense of inspiration and joy. Or maybe it was because my face has constantly been behind the camera since spring break has begun and, surrounded by the beauty of California’s cliffs, I’ve liked what I’ve been seeing. I like the act of taking pictures and capturing seemingly random moments so that, when I decide to look back, I can almost piece the day together, one shot at a time. It’s like a patchwork quilt, somewhat flawed and carelessly stitched together, but it serves its purpose, allowing your memory to work, to reconstruct and relive.

And the only way to make my point is to offer you photographic snippets of my spring break interspersed with a few choice lines from some of Seferis’ poetry; these days, I’m all about the relationship between the word and image: a Spinach and Strawberry Pine-Nut Salad, Caramelized Bananas enjoyed while watching my first-ever Greek movie, “The Aunt From Chicago“, Apple Cinnamon pancakes inspired by Joy the Baker (any tea can be used to flavor them, although the original chai, admittedly, is fantastic), beautiful Half Moon Bay, the Mill Rose Inn, the coast, tide pools….and beyond. I sadly didn’t pull out my camera during the fireside breakfast at the Mill Rose Inn, nor did I take pictures of the amazing (and awfully photogenic) food the Greek and I had at Pasta Moon. Some things you see more clearly with a camera, while others you don’t even have the time to photograph. Maybe it’s because sometimes the very memory will sustain itself. 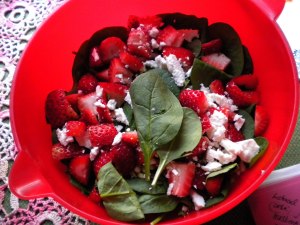 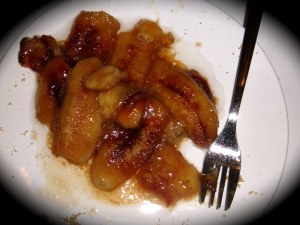 “And if I speak to you in fairy tales and riddles

it is because they’re sweeter in the hearing…” (“Last Stop”) 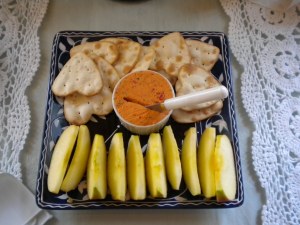 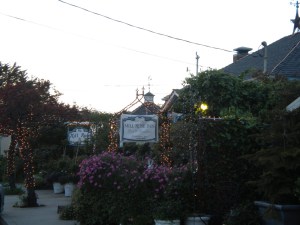 “The world was becoming again what it had been, our own

3 thoughts on “A Half Moon Spring Break”